Are you studying Philosophy, Religion & Ethics A Level at Alton Campus in September? If so, you’re in the right place!

We have put together the following Getting Ahead work to help you prep for your course starting in September.

We can’t wait to welcome you to HSDC Alton soon! 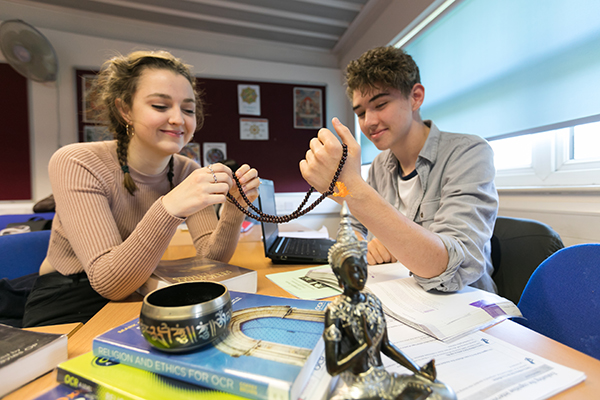 Please answer all the questions below as fully as possible. You do not have to write an essay or use academic sources. Your teacher is interested in knowing what and how you think.

These are websites that might help you answer these questions:

Watch the following YouTube videos and write a paragraph explaining what you think of the arguments presented on good and evil.

Research at least three of the following philosophers. All these philosophers are very important and you will frequently consider their arguments on the course.

You need the following information:

Philosophy has provided the world with some of the most influential and important written works ever known. These works have sparked debate and enquiry and challenge an inquisitive mind. Whether you are planning on studying philosophy at university or not – a great undergraduate student (i.e., one that universities are looking for) is one who is prepared to read around subjects, independently reading things to challenge them and complement their studies. In short – there is more to A Level study than just reading a textbook.

The following books complement your A Level course. They are not directly related to the course and are not mandatory. However, the more you read, the more you know – and this is extremely important in philosophy.

Your challenge is to read as many of these books as you can throughout the course.

Below is a quick synopsis of each book to help you choose which ones you want to read.

Richard Dawkins is the Charles Simony Professor for the Public Understanding of Science at University of Oxford. This is probably his most famous book, in which Dawkins attempts to show the irrationality of a belief in God by attacking the idea of such a being on all fronts. He makes his case by providing critical examinations of the role of religion in history, in debunking traditional arguments for God’s existence, and through the power of Darwinian natural selection as a replacement for supernatural causes.

Alister McGrath challenges Dawkins’ ideas. Once an atheist himself, he gained a doctorate in molecular biophysics before going on to become a leading Christian theologian. He wonders how two people, who have reflected at length on substantially the same world, could possibly have come to such different conclusions about God. McGrath subjects Dawkins’ critique of faith to rigorous scrutiny. He asks such questions as: Is faith intellectual nonsense? Are science and religion locked in a battle to the death? Can the roots of Christianity be explained away scientifically? Is Christianity simply a force for evil?

All of us, whether religious, agnostic or atheist, are searching for meaning. And in this wise and life-affirming book, non-believer Alain de Botton both rejects the supernatural claims of religion and points out just how many good ideas they sometimes have about how we should live. And he suggests that non-believers can learn and steal from them. Picking and choosing from the thousands of years of advice assembled by the world’s great religions to get practical insights on art, community, love, friendship, work, life and death, Alain de Botton shows us a range of fascinating ideas on topics including relationships, work, culture, love and death – that could be of use to all of us, irrespective of whether we do or don’t believe.

A stunningly beautiful book. Hermann Hesse’s moving and inspirational chronicle of spiritual evolution, considered the most important and compelling moral allegory our troubled century has produced. Integrating Eastern and Western spiritual traditions with psychoanalysis and philosophy.

“Why I am not a Christian”: Bertrand Russell

Bertrand Russell is one of our favourite philosophers of the course. He has written many books on many topics but this one, in particular, is easy to read but tackles some of the most fundamental questions of life. Russell argues that religion offers comfort to humans when faced with the difficult questions of life and suggests that this is not helpful or progressive and certainly does not answer any questions. He suggests that humans should not look at what is next (an afterlife) but focus on what is here right now.

“The Pig That Wants To Be Eaten: And 99 Other Thought Experiments”: Julian Baggini

The international bestseller about life, the universe and everything. When 14-year-old Sophie encounters a mysterious mentor who introduces her to philosophy, mysteries deepen in her own life. Why does she keep getting postcards addressed to another girl? Who is the other girl? And who, for that matter, is Sophie herself? To solve the riddle, she uses her new knowledge of philosophy, but the truth is far stranger than she could have imagined. An addictive blend of mystery, philosophy and fantasy, Sophie’s World is an international phenomenon that has been translated into 60 languages and sold more than 40 million copies.

One boy, one boat, one tiger . . . After the tragic sinking of a cargo ship, a solitary lifeboat remains bobbing on the wild, blue Pacific. The only survivors from the wreck are a 16-year-old boy named Pi, a hyena, a zebra (with a broken leg), a female orangutan – and a 450-pound Royal Bengal tiger. The scene is set for one of the most extraordinary and best-loved works of fiction. Yann Martel was born in Spain in 1963. After studying philosophy at university, he worked at odd jobs and travelled before turning to writing at the age of 26. He is the author of the internationally acclaimed 2002 Man Booker Prize-winning novel Life of Pi, which was translated into 38 languages and spent 57 weeks on the New York Times Bestseller List.

“Groundwork of the Metaphysics of Morals”: Immanuel Kant

Published in 1785, Immanuel Kant’s Groundwork of the Metaphysics of Morals ranks alongside Plato’s Republic and Aristotle’s Nicomachean Ethics as one of the most profound and influential works in moral philosophy ever written. In Kant’s own words, its aim is to identify and corroborate the supreme principle of morality, the categorical imperative. He argues that human beings are ends in themselves, never to be used by anyone merely as a means and that universal and unconditional obligations must be understood as an expression of the human capacity for autonomy and self-governance. As such, they are laws of freedom.

John Stuart Mill attempts to establish standards for the relationship between authority and liberty. He emphasizes the importance of individuality which he conceived as a prerequisite to the higher pleasures—the summum bonum of Utilitarianism. This book is essential reading for any student interested in political philosophy or thinking of doing Philosophy, Politics and Economics at university.

“The man who mistook his wife for a hat”: Oliver Sacks

Oliver Sacks was a world-famous neurologist and writer. In this book, he writes about different case studies of his patients who all having different types of memory loss. The accounts he gives raise many philosophical questions about the nature of reality and whether we can trust our senses. He also raises important questions in relation to how we perceive the mind and brain and whether there is a difference.

This is the textbook we use in the First Year and covers Philosophy and Ethics. You can buy this from Amazon or Routledge. There is a 3rd section in this book which is Christianity, but we do not do Christianity – we do Buddhism. Unfortunately, this is the only textbook available from OCR at the moment.

This is a really helpful overview of Buddhism that is recommended by OCR. Available on Amazon.

Discourse on Method and Meditations on First Philosophy

This is fundamental to the Philosophy course and worth reading before you start the first year.

Less than £10 and a good investment – not essential but is very useful.

Philosophy Now Magazine is available in some shops but I recommend a subscription – it is much easier. Go to https://philosophynow.org/shop. 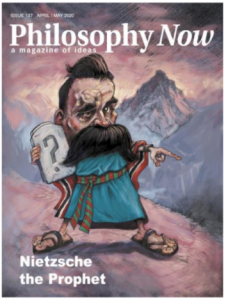