Are you studying the Music Performance & Production Diploma/Extended Diploma in Jazz at Alton in September? If so, you’re in the right place!

What is Jazz? The word jazz is thought to be derived from the term ‘jass’ which was a derogatory term to describe the act of sex! The history of jazz can be traced back to the US in the early part of the 20th century. Born out of the work songs of slaves, jazz evolved from Ragtime and Blues to Big Band and Bebop. Jazz is experiencing an unprecedented surge in popularity at the moment, with the UK scene particularly vibrant, including Tom Misch, Dinosaur (featuring Laura Jurd – an alumna of HSDC Alton!) and Moses Boyd. This is helping create a demand for young, talented and proficient jazz musicians. 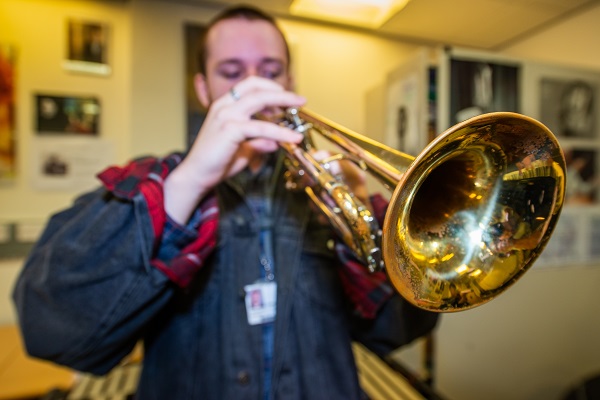 Listen to the three modern jazz groups listed below:

Pick one jazz group and research who has influenced them in making their music. Use this as a way to discover other artists that you may not have heard of before. When you join the class in September you can bring your discovery with you and share it with the group!

Read about the up and coming artists of your generation here! Making exciting new jazz!

Activity 3 - The Year that Changed Jazz

1959 was an important year in the history of jazz: four seminal albums were released that changed jazz forever!  You must get to know them! Watch the below video to find out more.

Andy has lots of experience teaching jazz, and studied at university specialising in improvisation. Students who have previously studied under Andy go on to Royal College, Laban, Middlesex, Birmingham Conservatoire and Leeds amongst others. In 2015 a group he tutored won an Achievement in Innovation Award at Music for Youth’s National Festival and performed at the Royal Albert Hall, where they were praised for their creativity, energy and cohesive sound for the compositions they had written.

John Moline – Head of Rock and Pop at Alton Campus

John is an experienced live performer and songwriter, specialising in managing and directing bands in rehearsal and studio settings.

College has been the best two years of my education. All my teachers were great and amazing, and I think they were the most helpful they could have been.