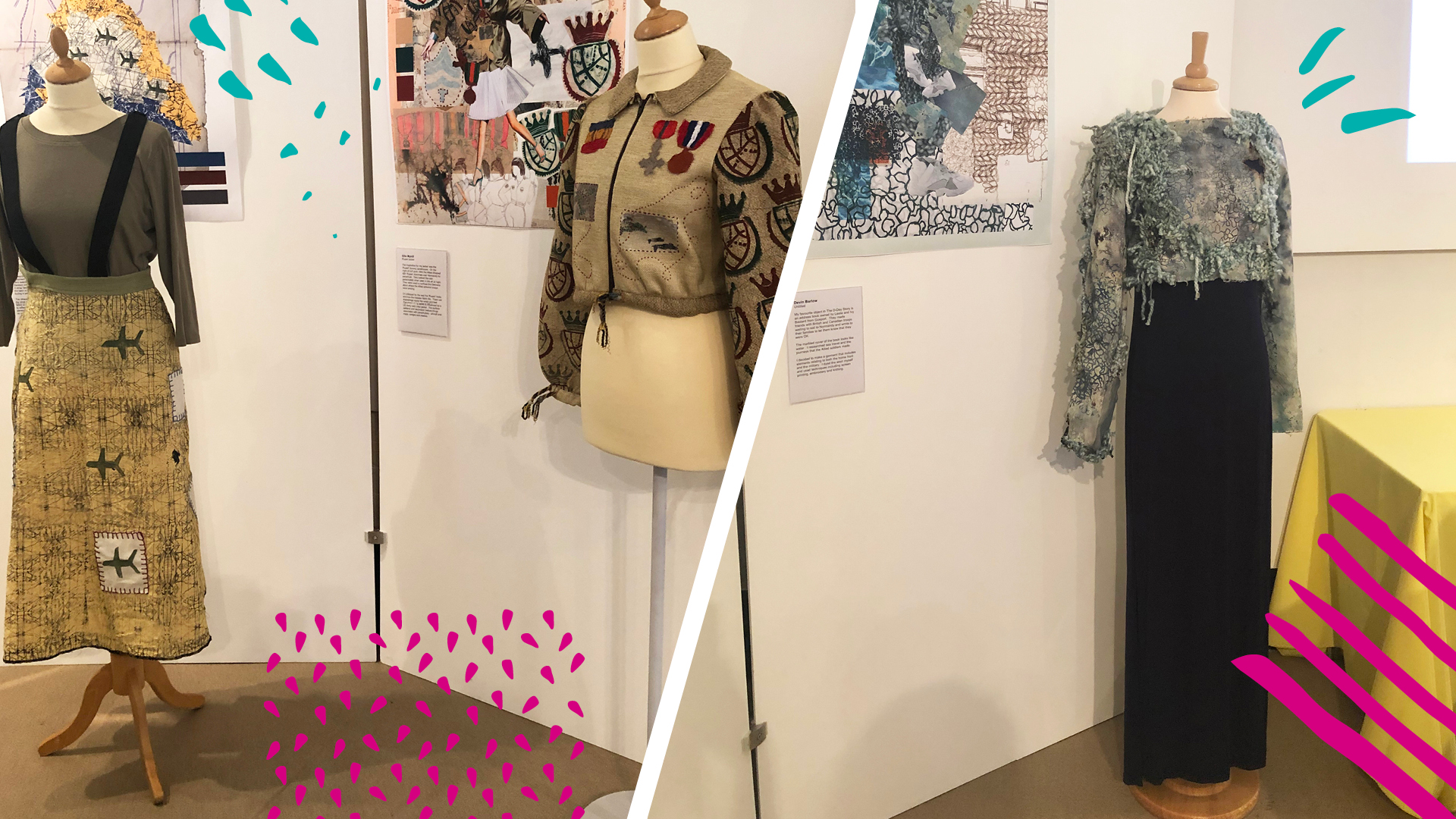 Fashion students from Havant & South Downs College (HSDC) showcased their D-Day-inspired ‘make do and mend’ garments as part of a ‘Portraits of D-Day Veterans’ exhibition at the Portsmouth Museum on Thursday, 30 May.

This exhibition, from the Royal Collection, features twelve portraits commissioned by HRH The Prince of Wales to pay tribute to some of the remarkable men who played a role in the Allied invasion of Normandy on 6 June 1944.

As part of the exhibition, HSDC Fashion students were asked to create garments with the theme of ‘make do and mend’ based on an element of D-Day. Harry Gooch, Devin Barlow, Ellie Myhill, Esme Farrell and Seria Wickens all began work on their pieces in January in preparation for the event.

Explaining the process, Devin said: “Our research began when we went to the D-Day museum and selected a certain part of it to inspire our pieces.

“A lot of research went into our work, such as different techniques used for the ‘make do and mend’ aspect. A lot of our research depended on what our pieces were focused on, as some of us were more military based whereas others’ garments were more centred around the home front.”

Devin added: “My piece is based around the ocean and the travelling, because it was such a big part of D-Day, especially landing on the beaches.”

Each piece highlights a different aspect of the war, for instance Harry created a garment inspired by military uniforms and propaganda. He made a pencil skirt that reflects 1940s fashion whilst adding text and images to give it a contemporary twist. 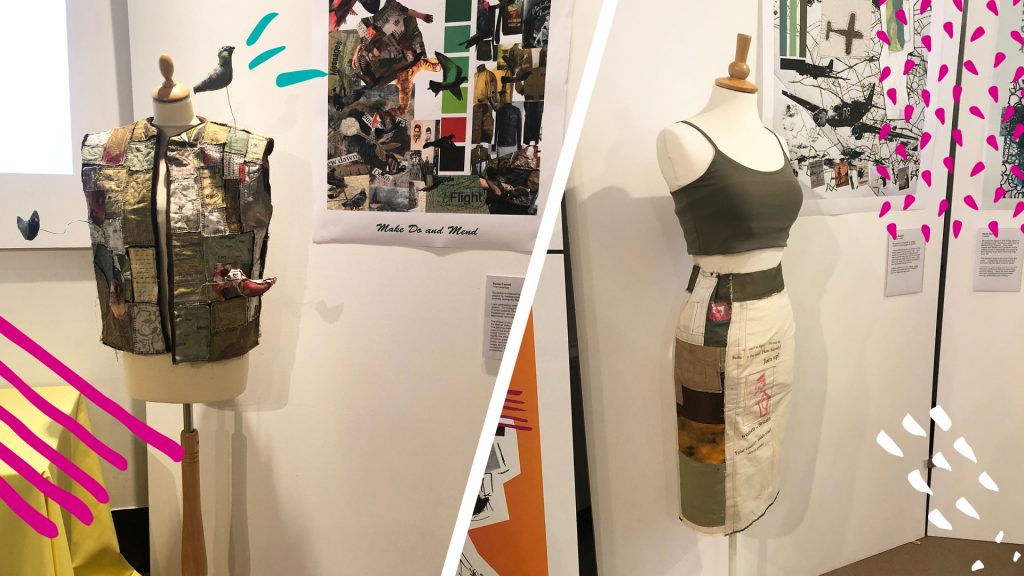 Esme said: “I love animals and they’re not really looked at when people talk about the war, when in reality pigeons were one of the biggest parts. People couldn’t track the pigeons carrying the messages. I wanted to pay homage to that.”

Ellie added: “It feels very overwhelming to see our work on display at a public exhibition. It has definitely been a good experience to be part of and it has taught me a lot, such as how to manage my time well!”

Scores of people attended the events, including HSDC’s Deputy Principal and Head of Campus and parent to student Devin, Richard Barlow.

He said: “As a father I am terrifically proud of the skills Devin has developed in such a short period of time. I think it’s also been really good for them to have a project that is linked to such a strong piece of our local history, I think they found that really engaging, especially as we have the 75th D-Day anniversary coming up.

“To be in partnership with the city museum and for the College to be part of the D-Day celebrations is a real privilege. The bravery and sacrifices of D-Day must never be forgotten and sadly there are fewer and fewer veterans to tell the story, so anything we can do to keep those memories alive are crucially important.”

Fashion lecturer Carla Sanders has helped to guide and inspire the students over the past five months to prepare them for the exhibition.

Speaking about their work, she said: “I think the pieces they have come up with are absolutely amazing and they have really captured the stories that inspired them. I think for first year students they have done an amazing job of it.

“They were really excited about being part of a live exhibition, they have really engaged with the museum. They were instantly attracted to different part of the museum which inspired their work.”

Jane Glennie, freelance historian and actor, said: “I worked with the students back in March in a workshop where they got to try on 1940s clothes. I’m extremely impressed with their pieces in the exhibition and the amount of research they have put into their creations has been outstanding.”