Geography A Level at Alton Campus

If you are studying Geography A Level at Alton Campus in September and are interested in continuing to develop your geography knowledge over the coming weeks, why not use this time to explore the subject a little more. This Getting Ahead work includes activities and ideas that you can dip in and out of as much as you like or use as a starting point to find other resources you find interesting – enjoy! 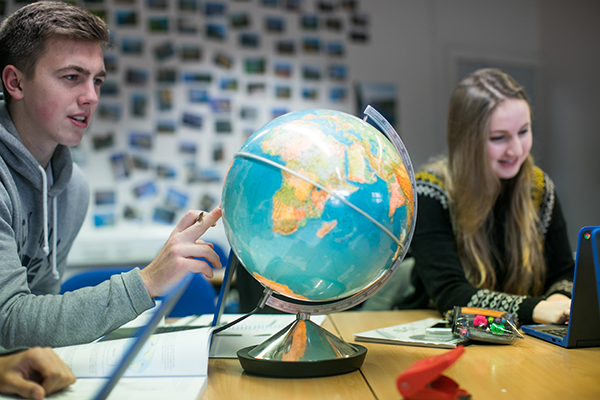 The Open University have a huge number of free online courses that you can study. They tell you how long they take and give an outline of what is included. You also get a free statement of participation on completion. Take a look and see if any take your interest. Some recommended ones linked to the A Level course are listed below:

UNDRR stands for the UN Office for Disaster Risk Reduction. This online game aims to teach you how to build safer villages and cities against disasters. You will learn how the location and the construction materials of houses can make a difference when disasters strike and how early warning systems, evacuation plans and education can save lives. You are the future architects, mayors, doctors and parents of the world of tomorrow. If you know what to do to reduce the impact of disasters, they will create a safer world.

The sea is rising higher and faster — California could see a jump of more than nine feet by the end of the century. Flooding and erosion threaten homes. Beaches could vanish. But everyone insists: this is a game that can be won. Play here.

Explore the links below to see the Higher Education and career opportunities linked to Geography! Click here to view the ‘Going Places with Geography’ brochure. Explore why Geography is so valuable to study, the skills you gain through your studies and how these can link to future careers.

This link takes you to a page where you can see the huge range of jobs geographers can go on to do!

Use Sporcle to see how good your country and capital city knowledge is.

This activity prepares you for one of the first units you will be doing called Changing Places. This is a fascinating unit that challenges us to consider the concept of place in a way we may not have done before.

Read the following work from a leading light in place theory, Doreen Massey 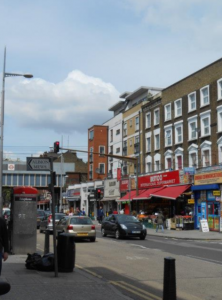 “Take, for instance, a walk down Kilburn High Road, my local shopping centre. It is a pretty ordinary place, north-west of the centre of London. Under the railway bridge the newspaper stand sells papers from every county of what my neighbours, many of whom come from there, still often call the Irish Free State. The postboxes down the High Road, and many an empty space on a wall, are adorned with the letters IRA. Other available spaces are plastered this week with posters for a special meeting in remembrance: Ten Years after the Hunger Strike. At the local theatre Eamon Morrissey has a one-man show; the National Club has the Wolfe Tones on, and at the Black Lion there’s Finnegan’s Wake. In two shops I notice this week’s lottery ticket winners: in one the name is Teresa Gleeson, in the other, Chouman Hassan. Thread your way through the often almost stationary traffic diagonally across the road from the newsstand and there’s a shop which, for as long as I can remember, has displayed saris in the window. Four life-sized models of Indian women, and reams of cloth. On the door a notice announces a forthcoming concert at Wembley Arena: Anand Miland presents Rekha, life, with Aamir Khan, Salman Khan, Jahi Chawla and Raveena Tandon. On another ad, for the end of the month, is written, ‘All Hindus are cordially invited’. In another newsagents I chat with the man who keeps it, a Muslim unutterably depressed by events in the Gulf, silently chafing at having to sell the Sun. Overhead there is always at least one aeroplane – we seem to have on a flight-path to Heathrow and by the time they’re over Kilburn you can see clearly enough to tell the airline and wonder as you struggle with your shopping where they’re coming from. Below, the reason the traffic is snarled up (another odd effect of time-space compression!) is in part because this is one of the main entrances to and escape routes from London, the road to Staples Corner and the beginning of the M1 to ‘the North’. This is just the beginning of a sketch from immediate impressions but a proper analysis could be done of the links between Kilburn and the world. And so it could for almost any place.”

Once you have finished reading:

Please be aware of social distancing and government advice, you could do the above using virtual research if you prefer.

Feel free to be as creative as you wish with your activities and bring them to the first lesson in September.

My experience at the college was enjoyable and productive, with thoroughly helpful people surrounding you, an excellent experience. I wasn’t expecting it to be as good as it was, with the work shop time and experience I had, it was a great two years preparing me for the next stage.

The college is a bright and happy place, everyone is kind and friendly to each other.