Sociology A Level at Alton Campus

Welcome to Sociology! We hope that you enjoy completing some of the Getting Ahead activities from the options provided and we look forward to meeting you in September.

Please complete at least one of the ‘Write’ tasks as you will be required to submit this piece of work once the course commences. The remaining ‘Read’, ‘Watch’, ‘Listen’ and ‘Online’ sections include further optional activities you may wish to explore to develop your sociological imagination.

Did you know? Sociology can lead to a wide range of occupations, including jobs working in education, social work, welfare services, the police and criminal justice system, journalism and market research! 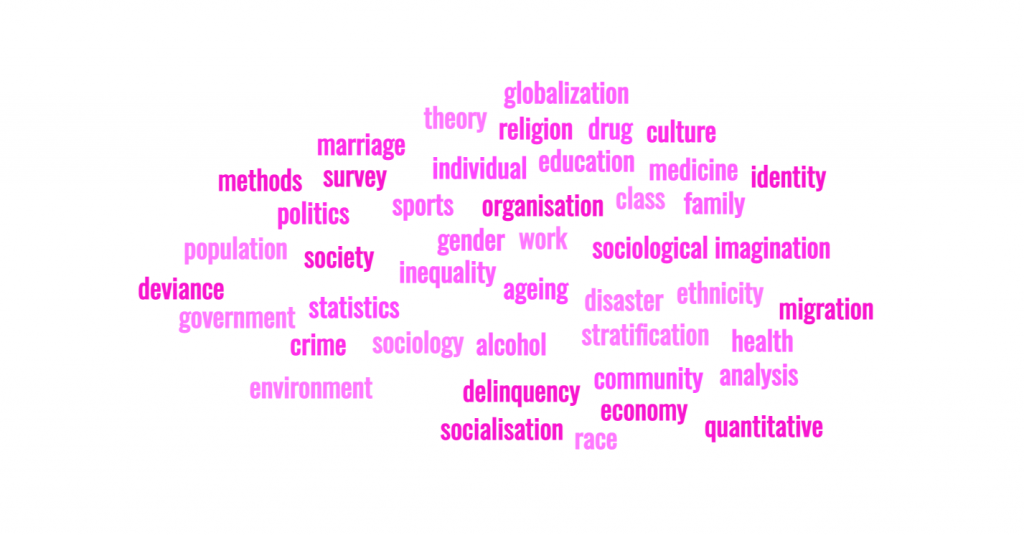 This is a compulsory task. You are required to select and complete one of these tasks. You will submit your response when you start your course.

COVID-19
Write an essay exploring the effects of COVID-19 on society. Consider a range of different impacts and how these impacts may affect individual people, groups of people and wider social institutions. Your essay should be no more than 1000 words.

Why I’m No Longer Talking to White People About Race – Reni Eddo-Lodge
A charged and necessary wake-up call to pervasive, institutionalised racism, Eddo-Lodge’s searing polemic reconstitutes the frame of the argument around race, removing it from the hands of those with little experience of its resonances.

Natives: Race and Class in the Ruins of Empire – Akala
From the first time he was stopped and searched as a child, to the day he realised his mum was white, to his first encounters with racist teachers – race and class have shaped Akala’s life and outlook. He takes his experiences and widens them out to look at the social, historical and political factors that have left us where we are today.

A Bit of a Stretch: The Diaries of a Prisoner – Chris Atkins
Where can a tin of tuna buy you clean clothes? Where is it easier to get ‘spice’ than paracetamol? Where does self-harm barely raise an eyebrow? Welcome to Her Majesty’s Prison Service. Like most people, documentary-maker Chris Atkins didn’t spend much time thinking about prisons. But after becoming embroiled in a dodgy scheme to fund his latest film, he was sent down for five years. He reveals why our creaking prison system is sorely costing us all – and why you should care.

The School That Tried to End Racism – All 4
Documentary series that follows a British school helping its students uncover and eradicate hidden racial biases, exploring how this can affect us all and what we can do to tackle it

When They See Us – Netflix
NB: Distressing content. In 1989 a jogger was assaulted and raped in New York, and five young people were charged with the crime. The quintet, labelled the Central Park Five, maintained its innocence and spent years fighting the convictions, hoping to be exonerated. This series spans a quarter of a century, from when the teens are first questioned about the incident in 1989, going through their exoneration in 2002 and ultimately the settlement reached with the City of New York in 2014.

It’s A Sin – All 4
NB: Distressing content. In March 1986, the Pink Palace flatmates are working, loving and finding their way in the world. However, when terror strikes they must fight like never before. The mini-series is set from 1981 to 1991 in London. It depicts the lives of a group of gay men and their friends who lived during the HIV/AIDS crisis.

The Social Dilemma – Netflix
This documentary-drama hybrid explores the dangerous human impact of social networking, with tech experts sounding the alarm on their own creations.

Made in Dagenham – (Currently unavailable on streaming services but keep an eye out for it in the future!)
Rita O’Grady works at the Ford Motor Co. plant in Dagenham, England. Despite performing the specialised task of sewing upholstery for car seats, women are classified as unskilled labour and paid much less than men. Encouraged by a sympathetic union representative, Rita agrees to bring the women’s grievances to Ford. The meeting goes badly and, outraged by the company’s lack of respect for them, Rita leads her colleagues to strike.

‘The Sociology Show’ – Spotify or Apple
The Sociology show podcast hosted by Matthew Wilkin conducts interviews with a range of different people within the world of Sociology.

These are useful websites that you may wish to explore to develop your sociological imagination.

I’m very, very happy, I didn’t expect to do so well. The College has been helpful and supportive. I loved my courses, and the teachers were really good – every single one of them. The facilities are great, but it’s the staff that really make this place.