Welcome to A Level Ancient History. In this A Level you will learn about the history of the Ancient Greek and Roman worlds, drawing on translations of original sources. You will develop your critical reading skills to help you decide which versions of the past we should believe. 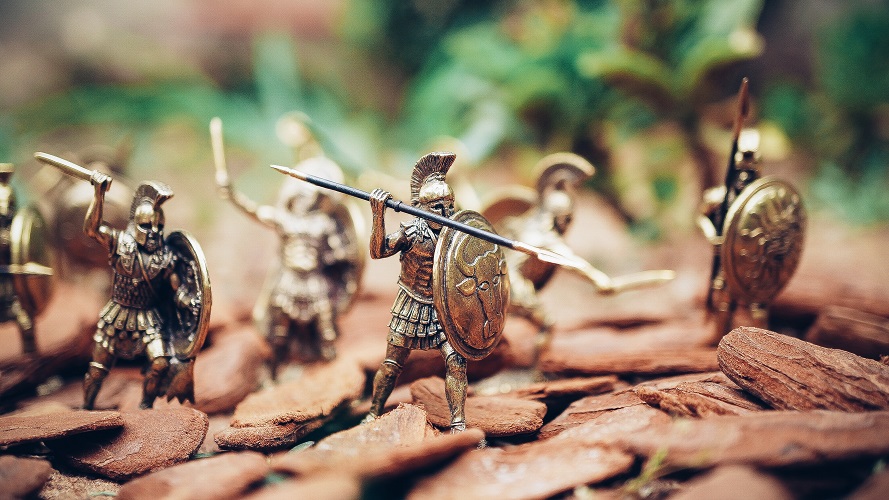 Relations in the Greek World in the 5th Century BC: We start in 492 BC, when the great Persian armies invaded Greece, and finish in 404 BC, at the end of the destructive Peloponnesian War between Athens and Sparta. This unit is about how relations between the different states developed and changed, and why the great wars concluded as they did.

The Julio-Claudian Emperors: Rome, 27 BC. Julius Caesar is dead, decades of civil wars have left the Roman world devastated and the centuries-old Republic is failing. A young, unknown politician enters the scene and begins the process that will change Rome forever; he will become Augustus, the first emperor of Rome. You will study Augustus and his descendants (Tiberius, Caligula, Claudius and Nero) and how they gained, managed and lost power, and whether some of them were really mad.

The Culture and Politics of Sparta: Explore probably the most unusual of the Greek city-states. When we think of Classical Greece we are usually thinking of the art, theatre, politics and democracy of Athens, but Sparta was a very different world. Its militarised society meant that every male citizen was a professional soldier and led to some very strange social and political rules and customs. Learn about the culture which produced Leonidas and the 300 Spartans at Thermopylae.

Roman Britain: In 43 AD the Romans invaded Britain, following the unsuccessful attempt by Julius Caesar in 55 BC. Learn about life in Britain before, during, and after the invasion of 43 AD. Meet warrior queens Boudica and Cartimandua, alongside resistance leaders and client kings (who chose to be on the Roman side). Find out how life changed here and the importance of places like Fishbourne (near Chichester). Our study ends with the foundation of Hadrian’s Wall in the 120s AD.

Activity 1 - The Battle of Thermopylae 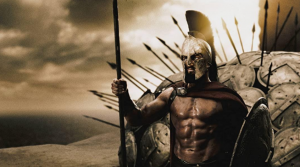 In 480 BC, King Leonidas and 300 Spartans famously led the defence of the Hot Walls at Thermopylae against overwhelming odds. They were vastly outnumbered by the Persians and held the narrow pass until they were all slaughtered, allowing the other Greek forces time to retreat and regroup (you may have seen a version of this battle in the film 300, which contains both direct quotes from the sources and huge inaccuracies!)

What can you find out about this battle?

Activity 2 - The Battle of Marathon

The battle at Thermopylae was a major Spartan battle against Persia; the Athenians had already fought their own battle at Marathon.

Read the articles and compare the two battles. Consider whether any specific individuals seem to be important, and what they did. Which do you think was more significant?

This is the first episode of a three-part series presented by Bettany Hughes called Spartans (you can find all of them on YouTube). The first parts of the documentary will introduce you to some of the oddities of Spartan society (which will help with the Year 2 module), and it concludes with an account of the Persian Wars to help you put what you have learnt into context.

If you want to know more, there are other things that you can do, for example, you can ‘visit’ some sites and exhibitions during the pandemic.

You can use this free online course to get to know Rome: A Virtual Tour of the Ancient City.

You can watch lots of documentaries. We are lucky to have an abundance of documentaries available on YouTube. Search for Mary Beard for all things Roman, Bettany Hughes or Michael Scott for the Greeks.

As we have focused on Greece, here are some good Roman options:

If you have some time to spare, watch Boris Johnson (before he was Prime Minister) and Mary Beard debating ‘Greece vs Rome’ – it’s a long video but entertaining and informative.

You can read books about our time periods.

How did the Roman Republic become the Empire, under one-man rule?

Rome was, according to mythology, established by Romulus and Remus in the 8th Century BC, and was ruled by kings up until the late 6th Century BC. From this point, it was a Republic, based on democratic voting by all citizens of the city (although the aristocrats dominated politics, as you will see). By the end of the 1st Century BC, the Republic was in its dying days – wealthy individuals were subverting power and popular leaders were using rhetoric to sway the population to support them. There were periods of civil war and great violence in Rome itself. From this chaos rose Julius Caesar, who installed himself as ‘Dictator for Life’ and was promptly murdered by a group of Senators (Rome’s politicians). His adopted son, Octavian, then cut a bloody swathe to power becoming the first Emperor, Augustus, and ending the democratic Republic. The Julio-Claudian dynasty was born.

Watch how the Romans saw themselves and key events in their history
Mary Beard’s series Ultimate Rome: Empire without end gives a good insight into how Romans thought. The first episode here discusses the stories Romans told about their city and themselves, and what this tells us about their culture.

Channel 5’s Eight days that made Rome (presented by Bettany Hughes) will introduce you to some key events in Roman history (episodes 3, 4, 5 and 6 are directly relevant to the units we study but they are all worth watching). You can find this on Freeview or online. As you watch, consider why the Republic lasted for so long and then failed so dramatically.

Did You Know?
There are some fantastic characters in the Julio-Claudian dynasty, including two of the most famous emperors, Caligula and Nero. One of our main sources for this period is a biographer called Suetonius, who wrote very gossipy accounts of each emperor. He tells a lot of the more surprising stories – do you think we should believe all the stories below? What does that tell you about studying Ancient History?

Older people have always complained about teenagers. Here is a quote from Greece in the 4th Century BC:

“Teenagers these days are out of control. They eat like pigs, they are disrespectful of adults, they interrupt and contradict their parents, and they terrorize their teachers.”

We are looking forward to welcoming you into our Ancient History classroom and seeing you prove Aristotle wrong!

My courses were all especially interesting, I thoroughly enjoyed all of them. All of my lecturers were extremely knowledgeable and I have learnt a lot from them.