We look forward to welcoming you to this stimulating and enjoyable course, which takes in some of the highlights of British and American literature from the 20th and 21st centuries, alongside a huge range of non-fictional accounts of historical figures and moments, some well-known, others less so. These recommendations will help you to prepare. 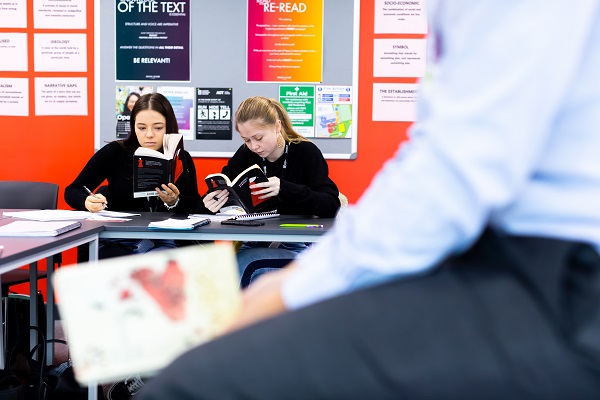 You have a choice of two activities that are designed to help you reflect on our present-day context. One major health-related story is dominating our year of course, and you can explore this in Option 1. However, if you’d rather think about something different, you’re welcome to take Option 2.

Compile a scrapbook of non-fiction writing (at least five examples) that records the experiences of the lockdowns of 2020 and 2021. It could be digital or physical, and include things like:

Compile a scrapbook of reviews of cultural artefacts you have enjoyed this year (at least five examples). This could be digital or physical and include the reviews of others or your own for things like:

Watch a film version of The Great Gatsby and note your response.

There are a number of filmed versions of the novel available, including the most recent and popular version directed by Baz Luhrmann and starring Leonardo di Caprio, Tobey Maguire and Carey Mulligan. Watch this, or another adaptation, and write your personal response to the story, settings and characters, in 300 words or under.

You could also read this negative view of the film and respond by agreeing or challenging the view.

You could also watch this documentary, the BBC’s ‘Sincerely F Scott Fitzgerald’ which explores the life of the author of the novel and the inspirations behind it:

You will eventually be comparing The Great Gatsby to a poetry collection by Philip Larkin called The Whitsun Weddings. You could also start to find out something about his life, poetic style and some examples of his poetry.

Explore the articles on the Penguin Books website. Some of these are written by well-known authors and many have recorded the cultural and social changes of 2020.

The English & Media Centre has some good videos to show the types of levels at which we discuss Language & Literature at A Level, including some that recommend ‘good reads’ and others that describe the transition from GCSE to A Level that you can expect.

We will provide you with copies of the texts you will study. However, if you do want to go ahead and find/buy your own copies to read them in advance, you could do this for The Great Gatsby by F. Scott Fitzgerald and the poetry collection The Whitsun Weddings by Philip Larkin. These are currently our set first-year texts but this is subject to change. Students who are widely read and well-engaged with their own culture and society always do well, so those scrapbooks from Activity Option 1 or 2 will also come in very handy in the future.

"I am delighted with my results and am really looking forward to studying Law at Oxford University. I really enjoyed my time at HSDC Alton and I really appreciate all the help and support from my fantastic teachers, without whom I wouldn't have got my place at Oxford."