Are you studying Religious Studies A Level at Havant Campus in September? If so, you’re in the right place!

We have put together the following ‘Getting Ahead’ work to help prep you for your course over the summer.

We can’t wait for you to start College with us soon.

Did you know? Studying theology and religious studies allows you to explore how religious beliefs and practices shape and influence the world we live in. 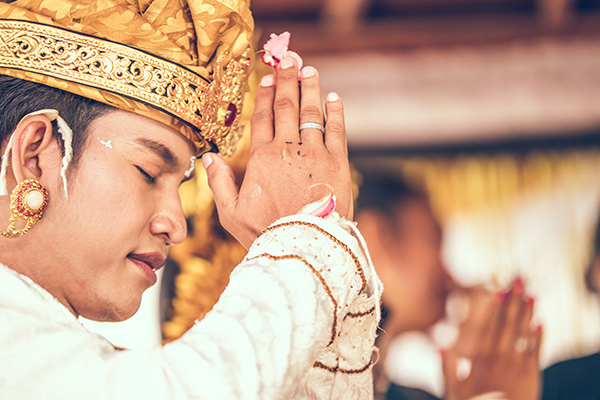 You will study three components:

Whilst components 01 and 02 are mandatory, the third will be chosen from the five available options:

In Philosophy of Religion, you will study philosophical issues and questions raised by religion and belief. These include arguments regarding the existence or non-existence of God, the nature and influence of religious experience and the problems of evil and suffering. They will also explore philosophical language and thought through significant concepts and the works of key thinkers, illustrated in issues or debates in the philosophy of religion. Religion and ethics are characterised by the study of ethical language and thought, with the exploration of key concepts and the works of influential thinkers. Ethical theory will also be applied to issues of importance: namely euthanasia, business ethics, and sexual ethics. Developments in religious thought provides an opportunity for the systematic study of one religious tradition. This will include the exploration of religious beliefs, values, teachings and practices that shape religious identity, as well as sources of wisdom and authority. Also central are the ways in which religious traditions have developed over time and religious responses to challenges and significant contemporary social issues.

Watch the following video and create a mind map for the ontological argument.

1078
St. Anselm, Proslogion. Followed soon after by Gaunilo’s critique In Behalf of the Fool.

1637
Descartes, Discourse on Method. The argument of Discourse 4 is further elaborated in the Meditations. The Objections—particularly those of Caterus and Gassendi—and the Replies contain much valuable discussion of the Cartesian arguments.

c1680
Spinoza, Ethics. Intimations of a defensible mereological ontological argument, albeit one whose conclusion is not (obviously) endowed with religious significance.

1709
Leibniz, New Essays Concerning Human Understanding. Contains Leibniz’s attempt to complete the Cartesian argument by showing that the Cartesian conception of God is not inconsistent.

1776
Hume, Dialogues Concerning Natural Religion. Part IX is a general attack on a priori arguments (both analytic and synthetic). Includes a purported demonstration that no such arguments can be any good.

1787
Kant, Critique of Pure Reason. Contains famous attack on traditional theistic arguments. Three objections to “the ontological argument”, including the famous objection based on the dictum that existence is not a predicate.

Write in your own definition of each word below:

Watch this video on a day in the life of a Buddhist Monk.

British Library Entry on Buddhist Canon
The Buddhist ‘canon’ is vast, complex, and difficult to define. Here Professor Tim Barrett outlines some of the key works for the different branches of Buddhism.

Like the adherents of many other religious traditions, Buddhists have always considered that some writings are particularly important to them and have taken steps to preserve them as a separate group. Given the long time span and vast geographical range of Buddhist history, it is inevitable that both the structure and the contents of these collections of ‘the word of the Buddha’ have varied markedly.

The Buddhist scripture was first compiled orally since writing was not in common use in the Buddha’s time in India. Thus, his teachings were not written down, and a pattern of memorised discourses and other materials therefore constitutes the oldest layer that was handed down. The origins of this heritage are said to have begun with an assembly of monks immediately after the Buddha’s death, at which his teachings were first recollected and recited. Secondly, everything he had said regarding the rules to be observed by the monastic community were recollected. Added to these was a third type of memorised material consisting of later analyses of the teachings by learned monks. This tripartite structure is central to all branches of Buddhism.

Work experience
It’s important to get relevant work experience to boost your employability prospects. Talk to professionals in the field you’re interested in and consider the different types of placements and work available.

If you’re thinking about work in a religious ministry, talk to local spiritual leaders and get involved in the life of your religious community to find out more about what’s involved.

If you want to get into teaching, you will need to have a minimum of two weeks’ experience working in a school with children of the age you want to teach. This will show you have the skills and motivation required.

Try to become involved with your local community if you’d like a role that involves working with people or look for work with charitable and volunteer organisations.

Typical employers
As a theology and religious studies graduate, you could work in a variety of different
roles in a range of employment sectors. Typical employers include:

Skills for your CV
Studying Theology and Religious Studies gives you a thorough understanding of the major world religions, their historical development, and their relationship with the world we live in. You’ll gain insight into the theological, ethical, cultural, political and philosophical issues of religion.

You also develop skills that are valued by employers in a range of sectors. These include:

Further study
You may choose to increase your knowledge of religion/theology through a postgraduate qualification such as a Masters or PhD. Areas of research include theology, religion and culture, ethics and religious conflict.

Or depending on the career you want, you may need to take a vocational postgraduate course in an area such as teaching, journalism, librarianship, or law. Postgraduate courses are also available in subjects such as marketing, finance, human resource management or business/management, so think about which direction you’d like your career to take.

My time at the college was definitely life changing, I have learnt a lot of new skills, and obviously it’s a completely new experience. The support was great, there was always people there to help and try make it as easy as they can for you. The college is really fantastic, it has helped me on the way to get to what I want to achieve within my career goals.