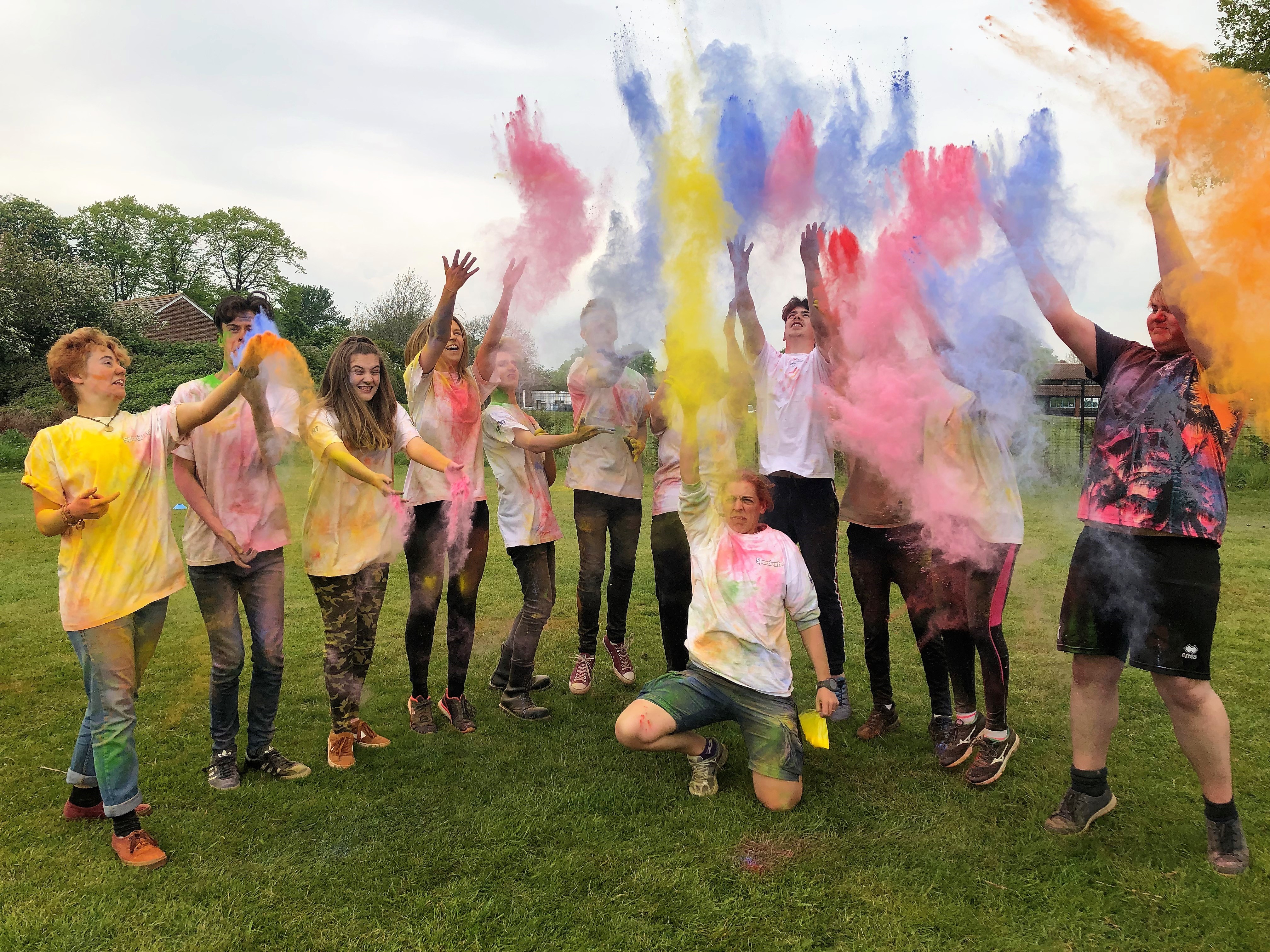 Promoting sport for young people and raising money for charity were the focuses of a Colour Run at Havant & South Downs College (HSDC) on Wednesday.

Supported by AoC Sport, the HSDC Sports Department and Student Union came together to organise a Colour Run on 1 May, set up to encourage young people to be more active.

Students put on their running shoes and braved the paint to run 2km at the Havant Campus.

Marcus Kingwell, Managing Director of AoC Sport, said: “Sport England has funded AOC Sport to work with colleges in England to get young people more active, those who don’t do much physical sport or activity.

“One of the projects we are doing is the mass participation event for girls which is primarily based around running, and we are targeting girls who wouldn’t normally be interested in sport.

“The Colour Run is one of the examples where it’s a lot of fun but there’s running involved as well. Traditional sport is brilliant, but it only ever reaches a certain proportion of students. We need to have an offer available to everybody, our vision is to have every student being active.”

Money raised from the event will go towards Cancer Research UK and Brighton charity, LGBT+ Switchboard.

Sport Maker at HSDC, Kirsty Harley, said: “The original idea came from doing a colour festival run, fitting with LGBT+ themes and bringing together the Student Union and the Sports Department. The aim is to do something active and bring together students whilst raising money.

“We have had support from AoC Sport so we could buy the paint, which we are very grateful for – you only have to look and see the smiles on everybody’s faces to see the event has been a success.”

Sabbatical President of HSDC’s Student Union, Sam Manners, said: “I think today has gone brilliantly, lots of people have come out and are getting active. This idea was created about a year ago so to see it become a reality is a really great thing.

“LGBT+ Switchboard was one of the charities we chose to support through this event because of reports showing that LGBT+ people often feel quite isolated from sport, so we wanted to create an event that raises awareness and also celebrates inclusivity.”