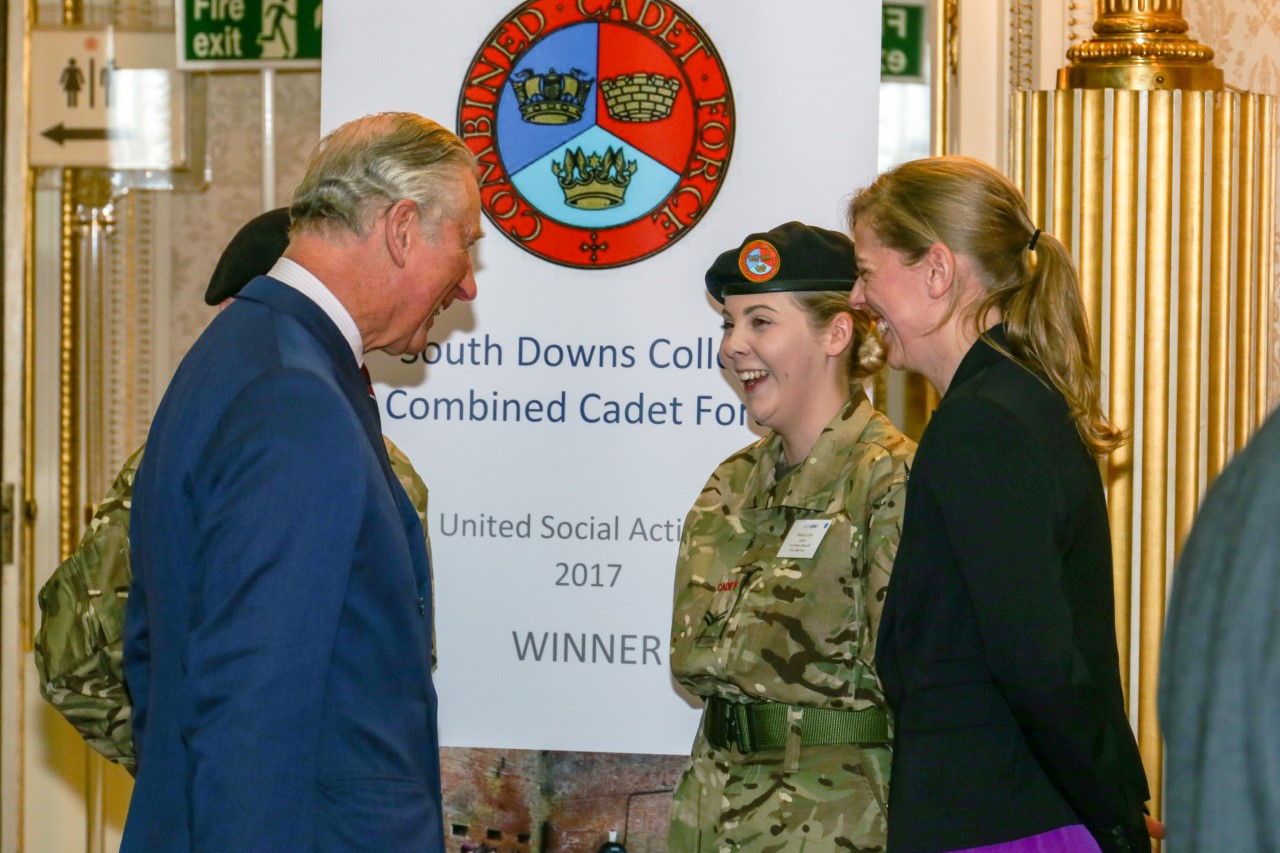 The CCF at HSDC has had a successful beginning in its aim of giving back something to the community since it was launched in 2015 and was proud to be one of three organisations mentioned by name in the opening address, highlighting our achievements.

QCSM Alex Blockly said:
‘I felt honoured to be given the opportunity the visit Buckingham Palace and meet the Prince of Wales. Even though the CCF at the College has been running for only two years, we have completed so many activities and it great news that we have been recognised for our fundraising and community projects.’

After the awards were presented by the Minister for Civil Society, Mr Rob Wilson, there was an address by The Prince of Wales congratulating everyone on their achievements and highlighting how essential the adult volunteers who turn out every week, to undertake the work being celebrated are.

Second Lieutenant Kirsty Taylor, Company Quartermaster Sergeant Alex Blockly, and Corporal Eleanor Currie, HSDC elected representatives, had the opportunity to speak to the Prince of Wales about future plans for helping the Cadets into careers they value.

Second Lieutenant Andrew Northover, Contingent Commander said:
‘It was a fantastic day and our Cadets were the perfect ambassadors for the College, the Sport and Public Service department, and the Combined Cadet Force.’

The CCF Cadets are looking forward taking part in more fundraising events this year such as a 32 mile hike in Dartmoor and a 10 mile kayak around Hayling Island.