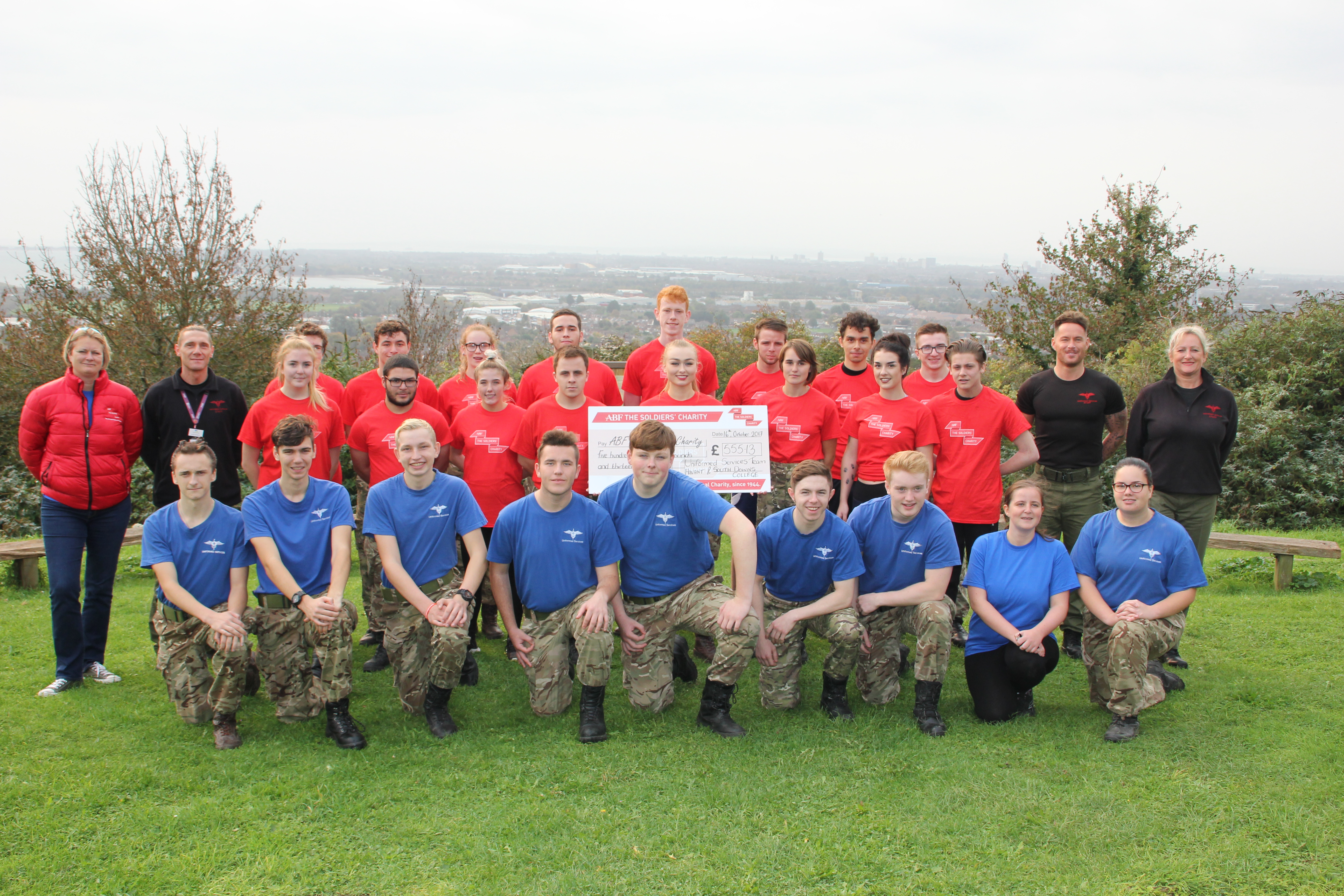 Students and staff from Havant & South Downs College have raised more than £500 for The Army Benevolent Fund, The Soldiers’ Charity by pushing themselves to the limit in a four-hour circuit class.

The thirty-four students decided to raise funds in respect of an extremely deserving charity, ABF The Soldiers’ Charity. This charity gives a lifetime of support to soldiers and veterans from the British Army and their immediate families in their time of need.

After completing the mammoth challenge on 28 September, students and staff were thrilled to present a cheque for £555.13 to Sheena Ross-Skidmore, Liaison Officer for the charity, on Monday 16 October at Fort Purbrook.

Sheena was delighted with the cheque and commented “We are hugely grateful for this cheque and the continued support from Havant & South Downs College, this money can now be used to help soldiers, veterans and their families”.

ABF The Soldiers’ Charity, has been helping peoples’ lives since 1944 and the charity’s work can include anything from emergency flights across the globe following the death of a close family member in complex circumstances to providing essential clothing and school uniforms for young children whose single parent is unable to make ends meet.

Other donations can be in the form of grants to help with basic needs of boiler repairs for those who have fallen on hard times to helping the homeless veterans and providing wheelchairs for injured services and ex-service persons.

Sarah Sears Lecturer in Sports and Public Services said “I am so very proud of the commitment, speed and determination of our students, in under a week the idea was formed, the arrangements were made and the challenge was executed, they are an inspiration”.