Please be aware that we have temporarily closed applications whilst we update our system to improve your experience. Please check back in 24 hours.

If you would prefer to complete an application sooner, visit our How to Apply page to see how you can submit a paper application. Thank you. 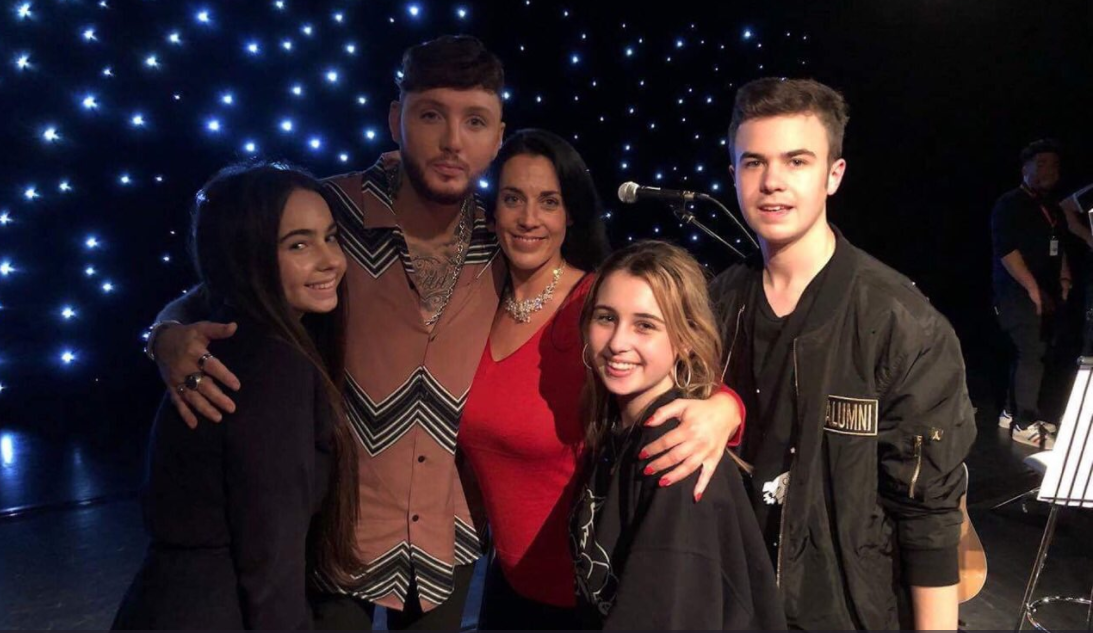 Havant & South Downs College student Chloe Hine had the surprise of a lifetime when singer James Arthur visited the College as part of a new ITV show, Your Song.

The programme is aimed at giving deserving members of the public an experience they will never forget with a performance from their favourite music artist – and on 28 September that is exactly what Chloe got.

Unsuspecting of what her mum, Emma, had arranged, Chloe was picked for the money-can’t-buy surprise for her tremendous bravery in overcoming bullying. Turning her pain into a positive, Chloe has gone on to set up her own charity, Beat the Bullies, to help others who have had similar experiences.

Because of Chloe’s incredible resilience and drive to support others, James Arthur was inspired by her story and gave a special performance for Chloe and her classmates at Havant & South Downs College. Drawing from Chloe’s life experiences, James wrote Chloe her very own song ‘Beat the Bullies’.

Talking to Chloe about moment she saw James Arthur, she said: “My brain went into overdrive when he walked out. James Arthur was at my College! This international superstar was at MY College. I couldn’t believe it.

“His work has influenced me massively, he’s someone I’ve looked up to for a long time as he went through very similar experiences to me and overcame all his demons through music which is what I do.

“It was the most positive and uplifting thing, he took my whole life and condensed it into a song” – Chloe Hine

“He is very honest and open which I admire so much as being in the music industry it can change you and sometimes make you forget where you came from, but he’s always been very real about what he’s been through and how music has helped him.”

Chloe added: “It was amazing to see all of the struggles in your life put into a physical form and sung to you by your idol. It was the most positive and uplifting thing, he took my whole life and condensed it into a song.

“My brain struggled to process the whole day it was very emotional and overwhelming I still can’t believe what happened. James nailed the song, this was such an incredibly surreal surprise, I feel so lucky and grateful.”

A video was also put together by her close friends and family who all expressed how proud they were of Chloe for everything she has come up against yet still carrying on stronger than ever.

Chloe’s mum, Emma, said: “I nominated Chloe for this surprise because she’s an amazing daughter. Despite years of being bullied she’s dedicated her life to helping others so they don’t have to go through the pain she did.

“The surprise couldn’t have gone better, it was fantastic! Chloe had absolutely no idea and her face was priceless.

“I knew Chloe would be emotional when she saw James come out as she thinks he’s great. Chloe just burst into tears I think it was a mixture of shock and amazement.

“The song James wrote for Chloe was perfect.”

Hosted by Emma Willis, Your Song was aired at 9pm on ITV1 on 22 October and can be caught up with on the ITV hub.

Please be aware that we have temporarily closed applications whilst we update our system to improve your experience. Please check back in 24 hours.

If you would prefer to complete an application sooner, visit our How to Apply page to see how you can submit a paper application. Thank you.