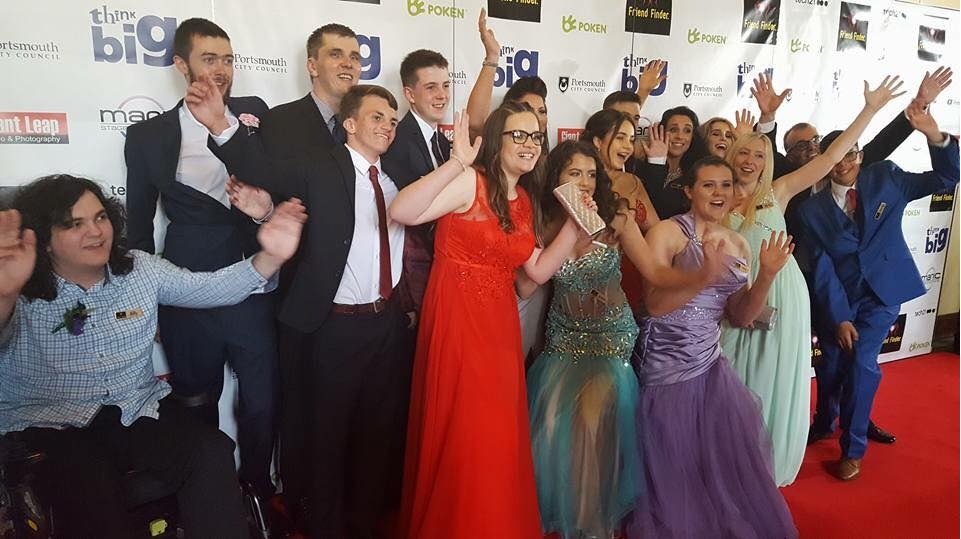 Havant & South Downs College student Lewis Hine has already inspired millions with his story, and now he has reached the small screen with his very own CBBC documentary.

The teenager from Havant has struggled throughout his life with a series of health problems, so he decided to set up a prom for teenagers with disabilities or illnesses which led them to miss their own prom. This journey was shown on Tuesday 14 November on CBBC’s My Life: My Big Prom.

Gathering with his friends and family to watch it, Lewis said: “It was surreal watching the documentary back and seeing how much everyone enjoyed the prom.

“It was important to show the build-up to the prom and everyone working together as a team to put it on and make sure it went as well as we hoped.”

Speaking after seeing the documentary, HSDC student Jasmine said: ‘It was overwhelming watching it and seeing how much Lewis struggles with his illness.

“It was also emotional seeing how much of an impact the prom had for the people who attended it.

“We knew at the time how much it meant to them, but seeing them talk about it in the programme made it more real.

“We started the prom project together, we achieved it together so it was important to come and watch it together.”

Student Eden added: ‘It was a really proud moment watching the prom back. It made all the hard work worth it.”

Lewis was diagnosed with a brain tumour when he was younger and suffers with seizures – this has meant a lot of his childhood was spent in and out of hospital which made it difficult for him to make friends.

Because of this, Lewis launched the Friend Finder app where people similar to him could make friends. This charity has grown to host events as well as the successful the prom.

On his 16th birthday, Lewis released a heartfelt video of his story on social media which was viewed more than 12 million times.

Mum Emma said: “I am so proud of Lewis and all his friends who put on the prom.

‘They have already committed to holding another two next year and we need to raise £50,000 for it.”

You can catch up on the programme on CBBC iPlayer. For more information visit lewishine.co.uk