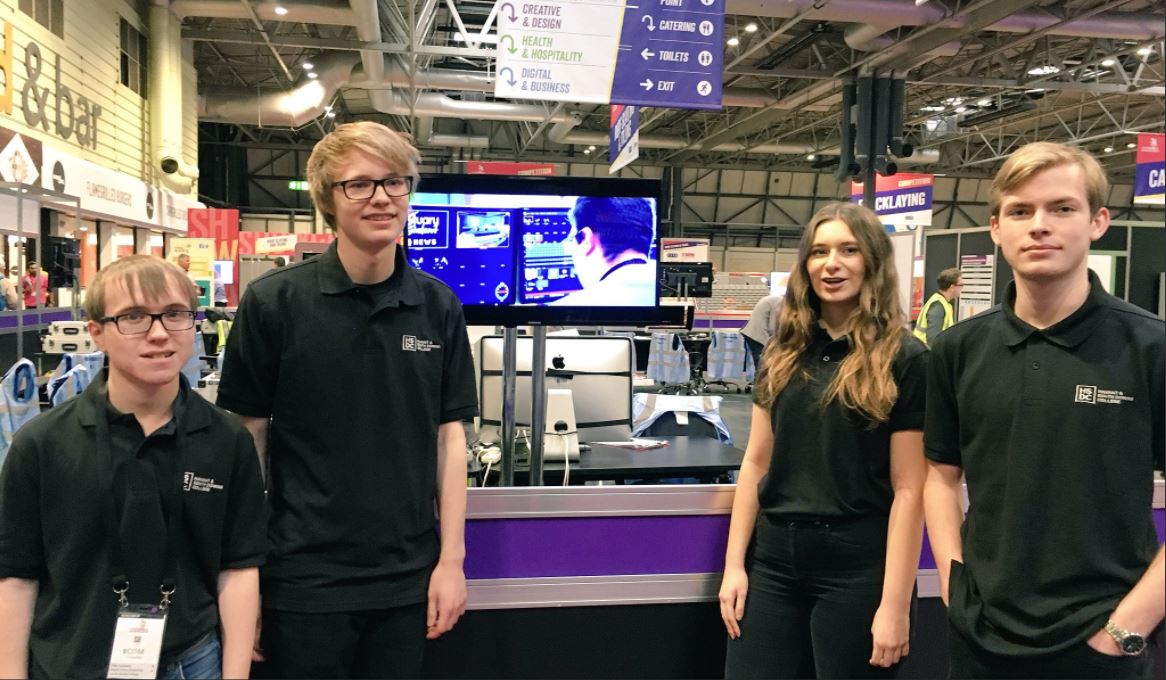 Four HSDC Media students made a lasting impression at the World Skills final when they were told by judges that they placed in the top five.

Lisa Penney, Steven Cox, Adam Scott-Parker and Toby Summers were tasked with creating a promo video for World Skills and decided on a theme of ‘speed’ to fit in with the World Skills tag line, ‘Go Further, Faster’.

The team incorporated a range of sped up and creative shots into their promo video, which they completed with seconds to spare on Friday 17 November at the NEC in Birmingham.

Although they didn’t make the top three, the students certainly impressed the judges.

Lecturer David Cook said: “The students came in the top five out of 44 entrants. The judges were very keen to tell us where we had placed, and we were surprised because we thought we had come a lot less.

“It is a big achievement, the judges said they had never had a College enter first time and got to the final.

“I am so proud of them. They didn’t complain once they just knuckled down and got up at 6am and worked till late, they were so motivated.

“To come up with an idea for a video, shoot and edit it in such a short space of time is a massive achievement and they all handled the pressure so well.”

The students commented on what a ‘useful experience’ the competition was.

Lisa said: “It was a really interesting experience. We have all done promotional videos before, so we had some experience which was good.”

Toby said: “We had to work very quickly and learned how to create a video in such a short space of time.

“When we found out we were the youngest group I just thought we must be doing something right!”

Steve said: “It was a really good experience for us all and we all got used to the pressure of creating a film whilst being watched by thousands.”

For more information on our media courses, click here.