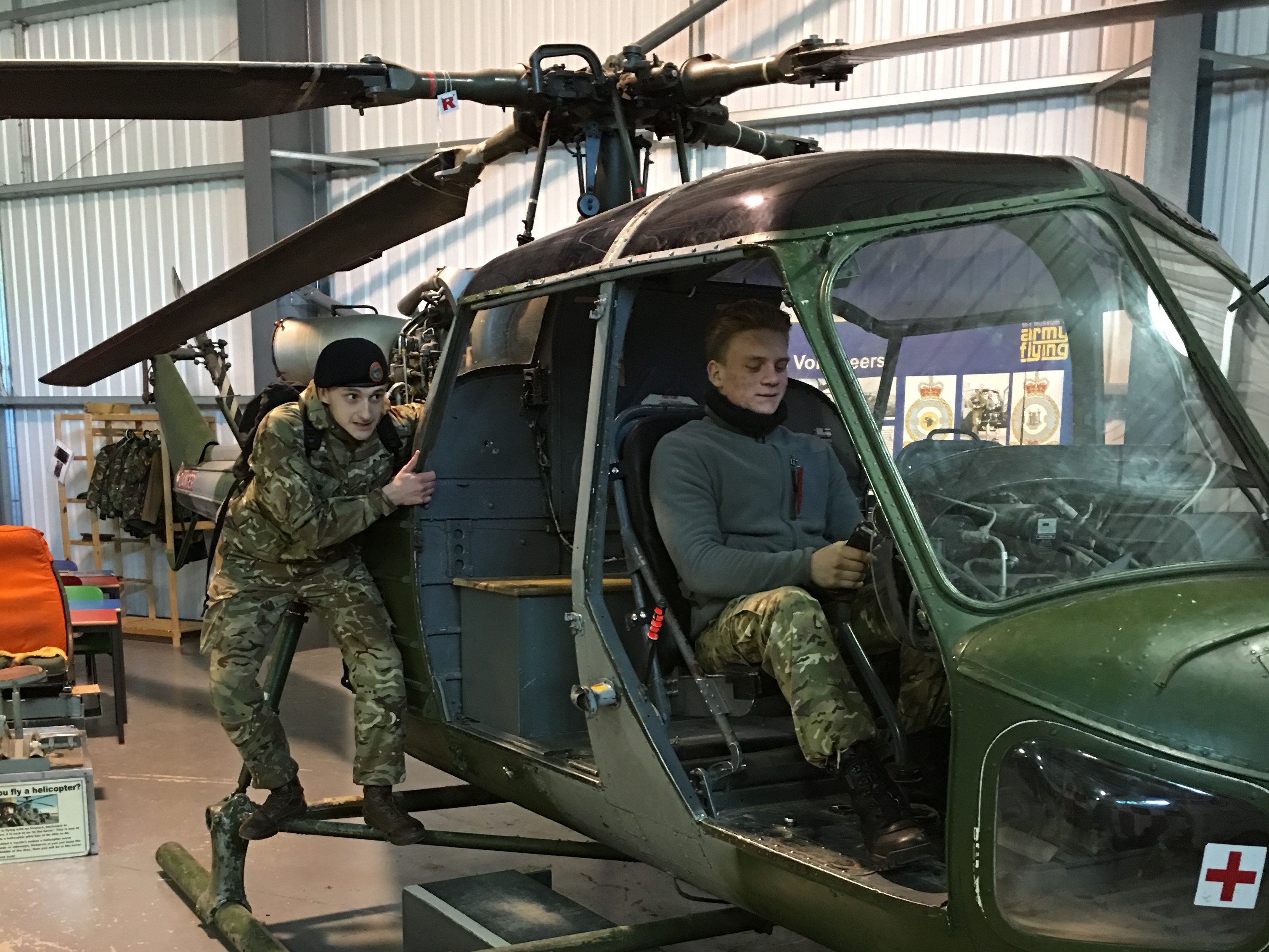 BTEC Uniformed and Public Services students got a taste of life as a new service person when they took part in Military Work Experience Week.

Level 1, 2 and 3 students embarked on the pilot scheme at Longmoor Military Training Camp, where they paraded at 0900 hrs every morning and took part in activities a new service person would experience whilst on the first day of selection in a military environment.

The students all received an information pack on the 200 plus careers available in the Army at the beginning of the week. Then split into teams, the students were put through their paces in command tasks such as problem solving, observation-memory recall exercises, tyre stack and team work and leadership exercises.

All teams were allocated to a regular or reservist serving male or female. Following a health and safety brief from a military physical training instructor, they then took part in the bleep test, jerry can and power bag lifts.

Sarah said: “Following another early rise and trip to Longmoor, the students were immediately thrown into the disciplined health and safety brief of the day, delivered in a military ‘one-way’ fashion to enhance the seriousness, discipline and team work required throughout the daily activities and stands that they could expect to be involved in whilst in a military training environment.

“This was in the form of a blindfolded military communications exercise, with heightened noise to replicate the battlefield and with darkened goggles had to negotiate a mine-field scenario with leadership instructions given through their headsets.

“They were especially privileged to have access to the indoor simulator firing range, only accessible to the military, recruits and cadets, which was a highlight. Camouflage and concealment and command tasks were also enjoyed.”

Sarah added a ‘massive thanks’ to the MOD for access to a Phase 2 Training Establishment, as well as the opportunity for the students to fly a simulator Apache attack helicopter which are used to train pilots.

She continued: “We also had a tour of the logistics fuel tanker and jobs available as ‘ground crew’ who support the helicopters to fly.

“Following career briefs and opportunities, students were given lunch in the military ‘cook-house’ and supplied with a free meal to the cost of £1.70 to show how much it costs a service person to eat a main meal and how soldiers budget their wages to eat.”

The students also visited the Army Air Corps museum, which gave an insight into the military aircrafts used by the Army through the centuries – from the balloon corps to current day aircrafts.