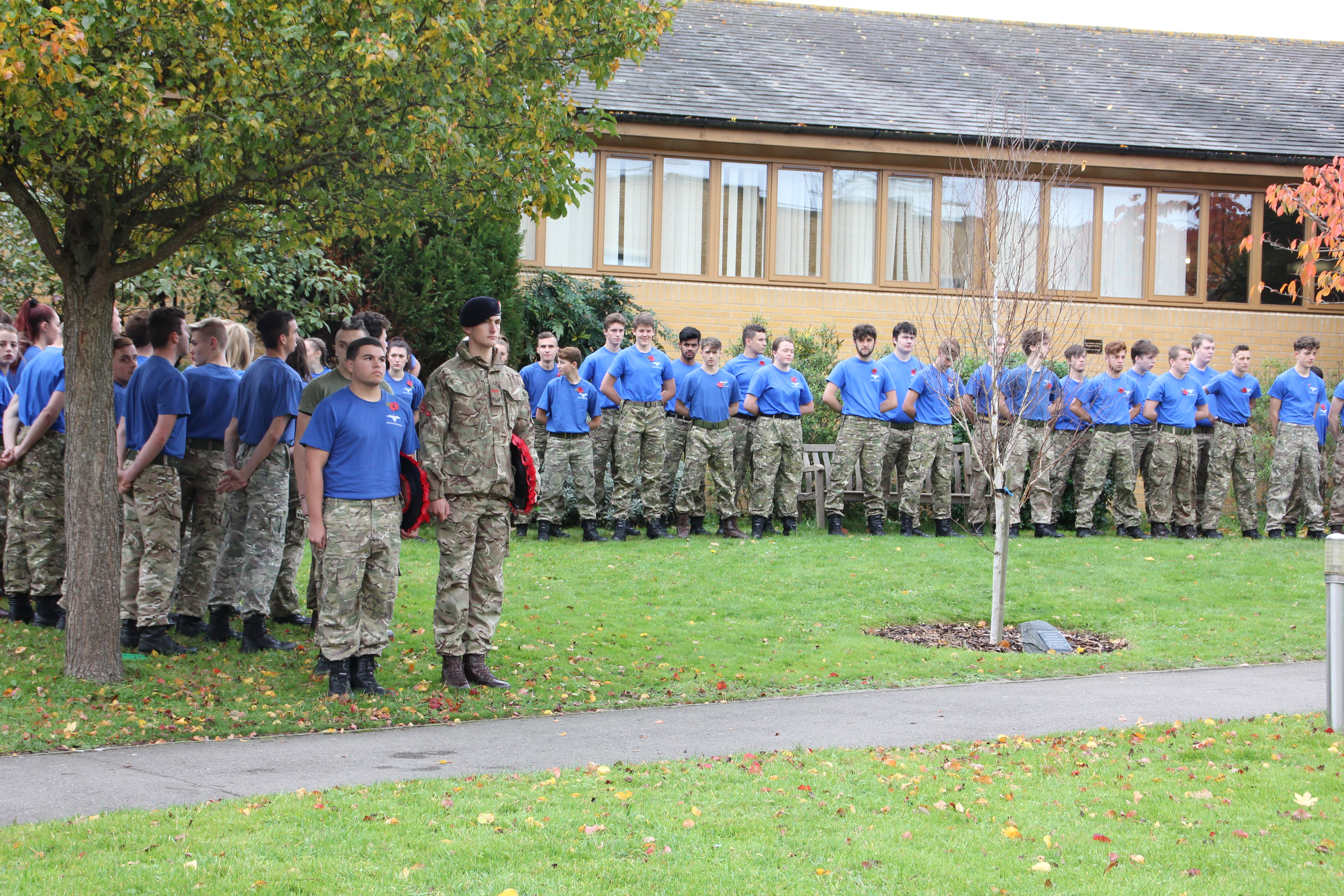 Havant & South Downs College staff and students came together on Friday 9 November to pay their respects and remember those who gave their lives in service.

During the tribute, a wreath was laid at the memorial to Royal Marine, Richard Hollington, a former South Downs College Public Services student who, in June 2010, became the 300th British Serviceman to die during the conflict in Afghanistan.

In remembrance of those service personnel who have given their lives in wars and conflicts, past and present, the College’s Uniformed and Public Services students paraded through the campus to Richard’s memorial, located at the heart of the College grounds.

Former Course manager Helen Hill then read ‘In Flanders Fields’, followed by a reading of ‘The Exhortation’ by Public Services student Max Johnson.

After the College paused to reflect on those who had fallen, College Director Lee Hunt presented the Richard Hollington Award to Chris Cooper. The award is given annually to a member of staff, student or group of students who by their efforts have shown care and understanding for others.

Lee said: “Chris is a very quiet yet selfless young man who has given up so much of his free time for the Sports Department, specifically the Football Academy.

“Chris has been volunteering with us for six years and has been a part of many successes for the College in that time.”

Speaking about receiving the award, Chris said: “I was very surprised to receive the award, it is nice to be recognised!

“The parade was brilliant once again today and our students did brilliantly.”

Ivan said: “The parade went really well today. It was because of everyone’s commitment and hard work from staff and students that it came together so well.”

Principal and Chief Executive at HSDC Mike Gaston said: “It is always a very moving and poignant ceremony where students and staff from across the College come together to remember those who served selflessly.

“I believe it is especially fitting that the future generation represented by our own nursery children joined us to lay their own poppies in thanks of those have given so much.”