Behind the Scenes: Robinson Crusoe – The Pantomime 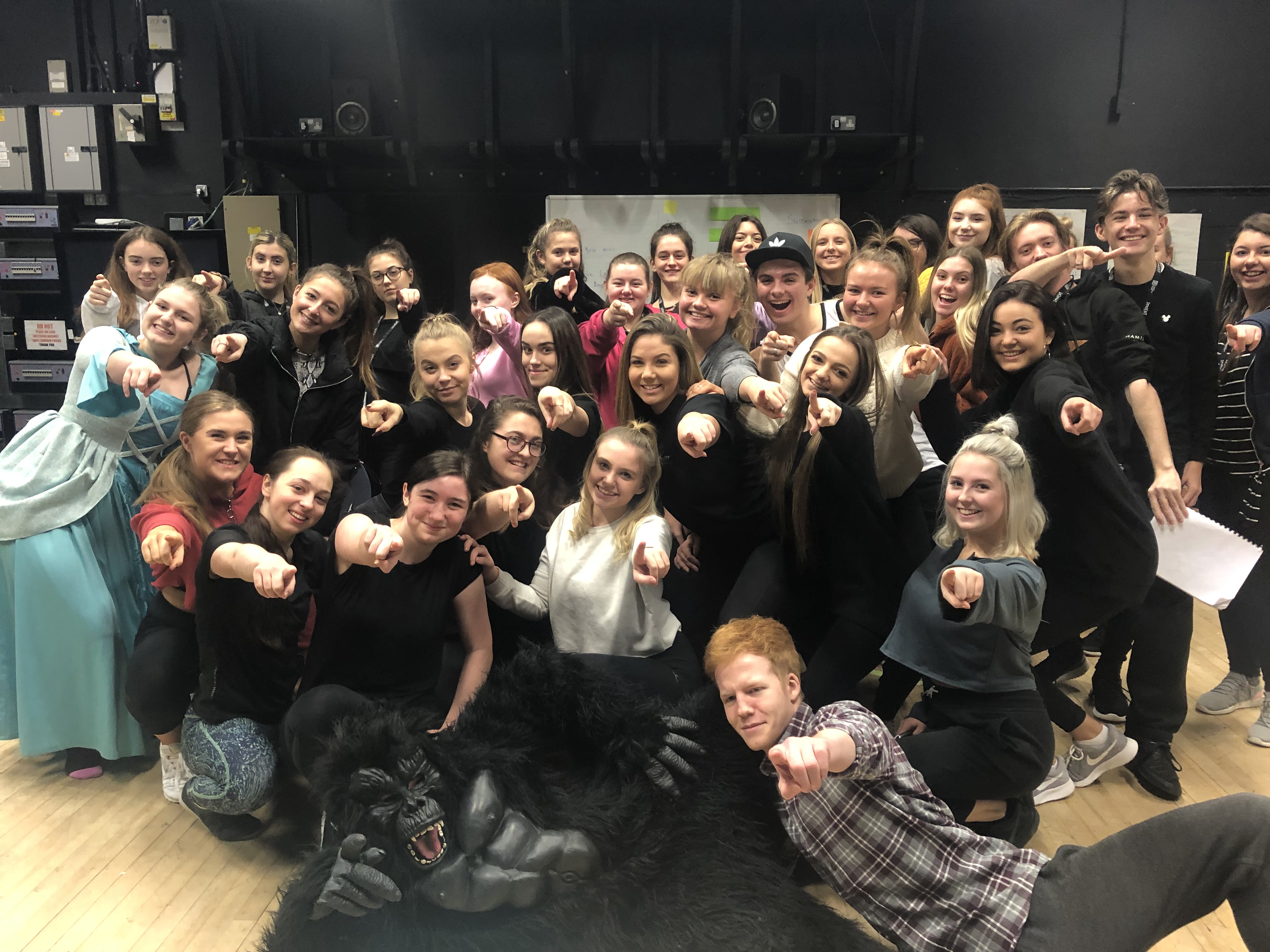 There’s no questioning that pantomime is full of laughs, jokes and all-round entertainment, but is there more to it? We speak to our Musical Theatre students about their performance of ‘Robinson Crusoe – The Pantomime’ to discover whether the production of a panto is harder than it looks. And, as it turns out, ‘oh yes, it is!’.

The Musical Theatre students have been preparing for the show, which opens 6 December, for over a month. However, it’s not just remembering lines that they have been tasked with.

Student Honor Temple explains: “We are doing Robinson Crusoe which is a sea-themed panto, it’s roughly based on the original story where he goes to an island and he meets some crazy characters. It’s really fun and there are loads of jokes and surprises and silly songs, it’s really enjoyable.

“A lot more work goes into a pantomime than we thought there would be. We’ve all been given production roles as well as our normal roles so things like costumes, social media, make up, hair, musical director, set design.

“So, we all have two or three more roles than just our performer roles. It’s a lot of work and a lot of extra hours. It takes a lot more than we ever thought it would.”

The second-year students have previously performed three shows on their course. Student Oakley Marsh speaks to us about why pantomime is more unpredictable that a traditional musical.

He says: “Whenever you first start a panto you don’t know what’s going to happen. You can’t always tell how an audience is going to react and what is going to happen from it. The reactions and the way you say your lines all depend on the audience.

Visiting the students’ rehearsals, it is clear to see the comradery in the group, and student Charlie Goodchild-Swan explains to us the bond they have formed over the year.

She continues: “We do dance, singing and acting on this course so we learn all three of the skills. All the people on this course are so friendly, we’ve become one big family. We all help and support each other to be the best we can be.

“We were all shy when we started but we’re all so comfortable with each other now, nothing is embarrassing when you’re on stage.”

And how has their course at Havant & South Downs College prepared them for their future?

Honor adds: “You can come to HSDC with the technique, but they teach you performance and audition skills and how to be a respectable performer. You can see the improvement in everyone in just over a year.

“Don’t be put off by the fact it isn’t A Levels. It’s valued the same and it’s so enjoyable. I leave with a smile on my face every day.”

So, we can safely say pantomime is harder work than performing a few jokes. We can’t wait to see the finished product. You can too – email boxoffice@hsdc.ac.uk or call 023 9279 7954 for tickets.