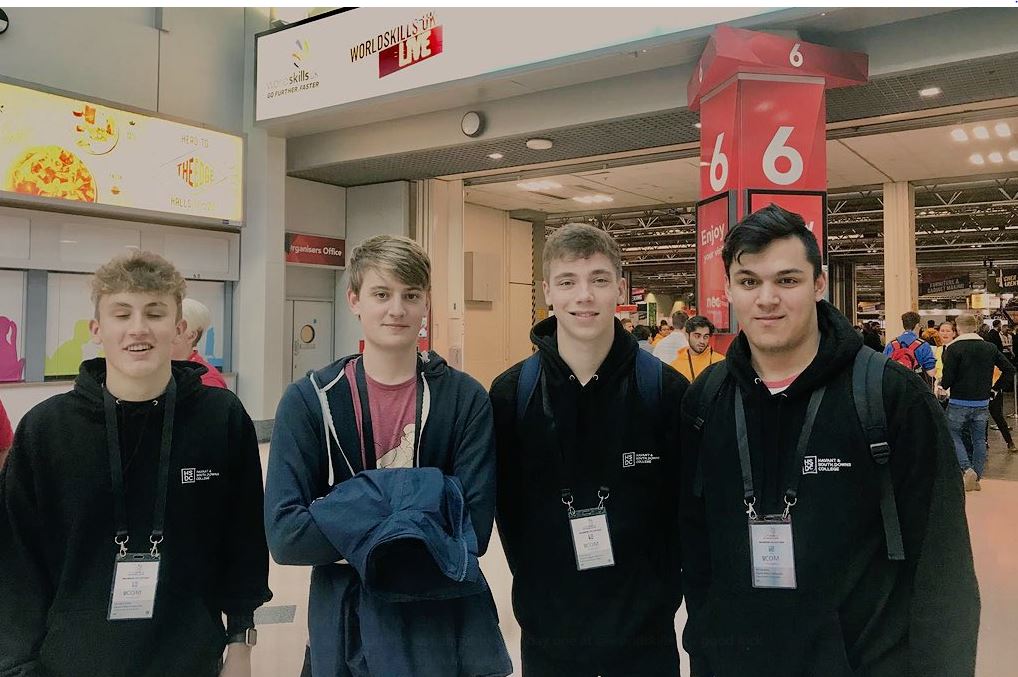 Four Film & TV students have spoken about their experience at the finals of World Skills UK.

Level 3 Extended Diploma students, Jonny, Will, Jonny and Ryan, made it to the final with their creation of a gif earlier this year. This saw them into the finals of World Skills UK at Birmingham NEC from 15-17 November.

Speaking about the challenge they were set at the final, Jonny said: “We had to make a two-minute film based around a poem, we had to incorporate it into the video.

“We based it on following someone’s experience around the event and being inspired by all the different things going on.”

Ryan said: “There were two of us on camera work and two of us on editing. There were some challenges when there were busier times of the day during the exhibition so when we were filming, we had to plan what shots we wanted.

Will said: “I think anything will seem easy after this, it was a really intense couple of days! It makes you realise how important planning is, we definitely gained a lot of experience from it.”

Despite not placing at the final, lecturer David Cook has spoken about how ‘proud’ he is of the team for representing the College in World Skills.

He said: “The College is so proud of the students for reaching the finals.

“They were all bitterly disappointed they didn’t place in the top three which is a sign of their commitment and competitive spirit. I know they all felt it was a positive experience which would set them in good stead for the future.”