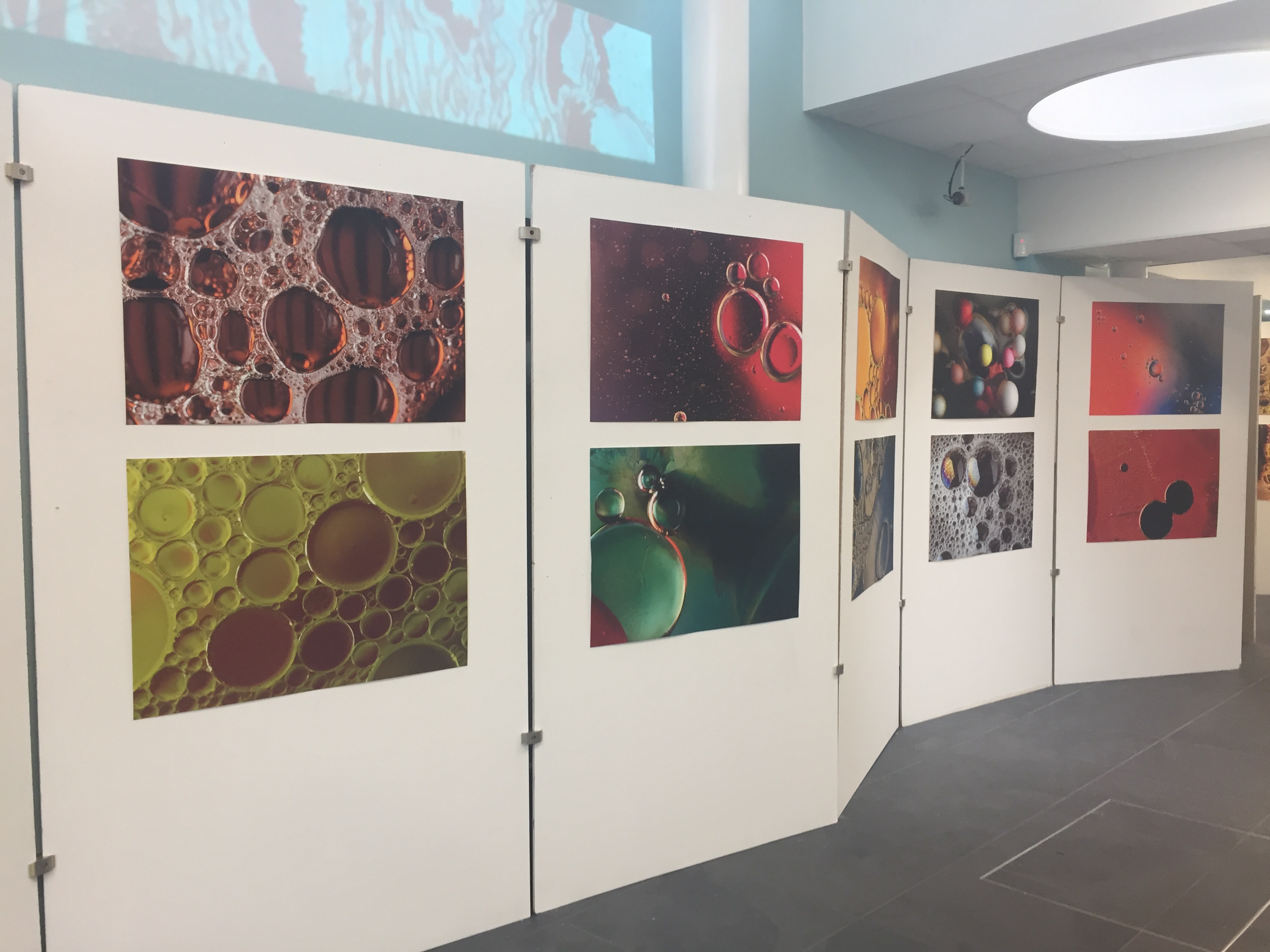 Students from across the Havant & South Downs College Art Department have taken over the College reception with their art installation, ‘Art Goes Viral’.

Art students have spent the term collectively working on pieces for the exhibition through various workshops, relating back to the theme of ‘viruses’. The project was unveiled at the South Downs Campus reception on 10 December and included screen printings of cells as well as balloon models and canvas paintings.

Speaking to the students about the brief from the project, Bradley George said: “Our lecturers were talking about the Spanish Influenza and how it killed more people than World War One and somehow they progressed and developed the idea of looking at cells at a microscopic level.

“There were a couple of workshops and we got to pick which ones we wanted to be involved in.”

Alfie Tazwell said: “I got involved in all of the workshops, including the balloons which were used to create 3D models of the cells. I’ve had a look in reception it looks really cool.”

The students continued to speak about how beneficial it was to be involved in a large-scale project.

Bradley continued: “Because it was all the art courses combined, including Photography and Graphics, it made you feel part of something and you knew it was going to be quite a big thing with that many people involved. It’s quite a good feeling.

“We had the chance to try loads of different media we hadn’t worked with before, so it’s been great to experience using different skills which we can use in our sketchbooks for our course.”

Alfie added: “It’s definitely taught us how to work as a group because there are a lot of parts of the project you couldn’t have done on your own. Communication has been a good skill as well.”

For more information on Art courses with us, click here.