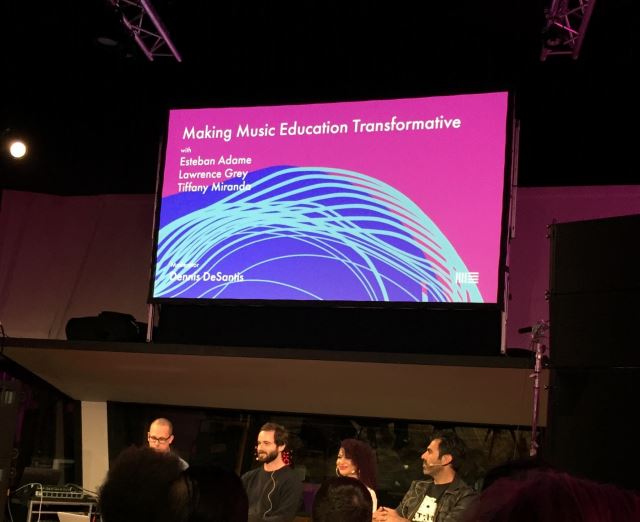 Gary Wood, HND Music Production Lecturer and Senior Music IT Technician from Havant & South Downs College, has spoken about music in education following a professional development trip to LA. Gary attended the Ableton Loop – the ‘summit for music makers’ – from 9-11 November. Read what he took away from the trip.

I’m recently home from Ableton’s stupendous ‘summit for music makers’, and I’m still mentally unpacking it all. This academic year we have just introduced Ableton music creation software and the Push MIDI controller on the HND Music Production course.

I decided to go the event as a CPL activity so I could keep up to date with current changes in the industry.

Loop was three days of talks, performances and hands-on workshops aimed at sharing ideas on music, technology and creative practice. Bringing together artists, technologists, educators and other creative thinkers, Loop is an exploration of what it is to make music today and what it could be tomorrow.

Loop was quite a different experience from last year, when Ableton held it in their home city of Berlin. This year, they moved it to Los Angeles to make it easier for people in Latin America and the Pacific to get there. Rather than the dark and cold of November in Germany, we got to enjoy Southern California’s high seventies.

In Berlin, the conference was all held in one big building, the Funkhaus recording studio complex. In LA, it was spread across several smaller venues, including the Ricardo Montalbán Theater with its beach-like roof deck, and the legendary EastWest Studios. Loop itself took place in Hollywood.

One event I attended included a panel on music technology and education with Lawrence Grey of Young Producers Group, Tiffany Miranda of Girls Make Beats, and DJ/marching band director Esteban Adame. The main theme was how music education, done well, can be a powerful emotional support system for kids who urgently need one. 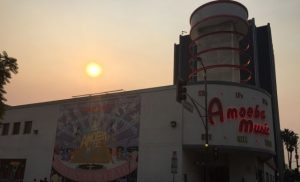 Esteban asked his students, ‘How has band changed your life?’ One of the kids answered, ‘It helped me to be more social’. Tiffany describes beatmaking for girls as literal suicide prevention. Lawrence points out that if you validate kids emotionally in music class, the effects ripple outward to the rest of school, their homes, and their communities. That’s a lot of responsibility for us.

Lawrence said that ‘the mind grows as big as the box it thinks it’s in’. Socioeconomic factors can constrain the size of the box, but so can cultural factors, and regular old anxiety. Tiffany described electronic beats as a musical Trojan horse, both as a way to draw the kids into a larger musical world, and as a force unto themselves–it’s empowering for a kid to be in control of such a physically intense sound.

The panel spoke about the challenges within music education culture as well. Esteban described music tech as the ‘red-headed stepchild’ of music education. We have all heard someone say, ‘Oh, you guys don’t play instruments, that’s cute’. But music tech people have big advantages as educators.

The bedroom producer ethos keeps our creative lives going even when we’re working full time. It’s depressingly rare for a music teacher to have an active musical life outside their job.

I’d find it hard to play in ensembles amid work and so on, but I can make music on my commute or wherever I happen to be. When students see their teacher busting out tracks on a regular basis, the energy is contagious. 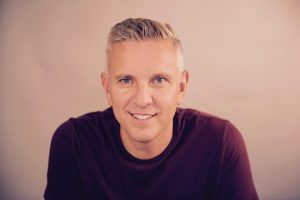 Not that pre-professional arguments are the best music education advocacy tools, but if that is the approach you want to take, music tech has major advantages. Tiffany pointed out that the professional opportunities for music tech people are broad and growing–as an example, she shouted out the sound tech in the room.

There are so many movies and TV shows and games, and so much other audio production happening in the world. Every appliance, gadget and app gives auditory feedback. Even the ATM plays you a little song. Someone has to create all those sounds.

Symphony gigs are thin on the ground, but the world of music and sound is so much bigger than that.

The panel is quick to point out that even in music tech, the pre-professional argument is not the best one. We shouldn’t try to sell the dream of being a superstar DJ any more than gym teachers should dangle the idea of being a pro athlete. The real reason to do music tech in school is that it can build creativity, and thereby build kids’ sense of self.

There’s also a side benefit of teaching media literacy. Kids aren’t born knowing how to right-click. Learning that kind of thing in a DAW context carries over into many other areas of life.