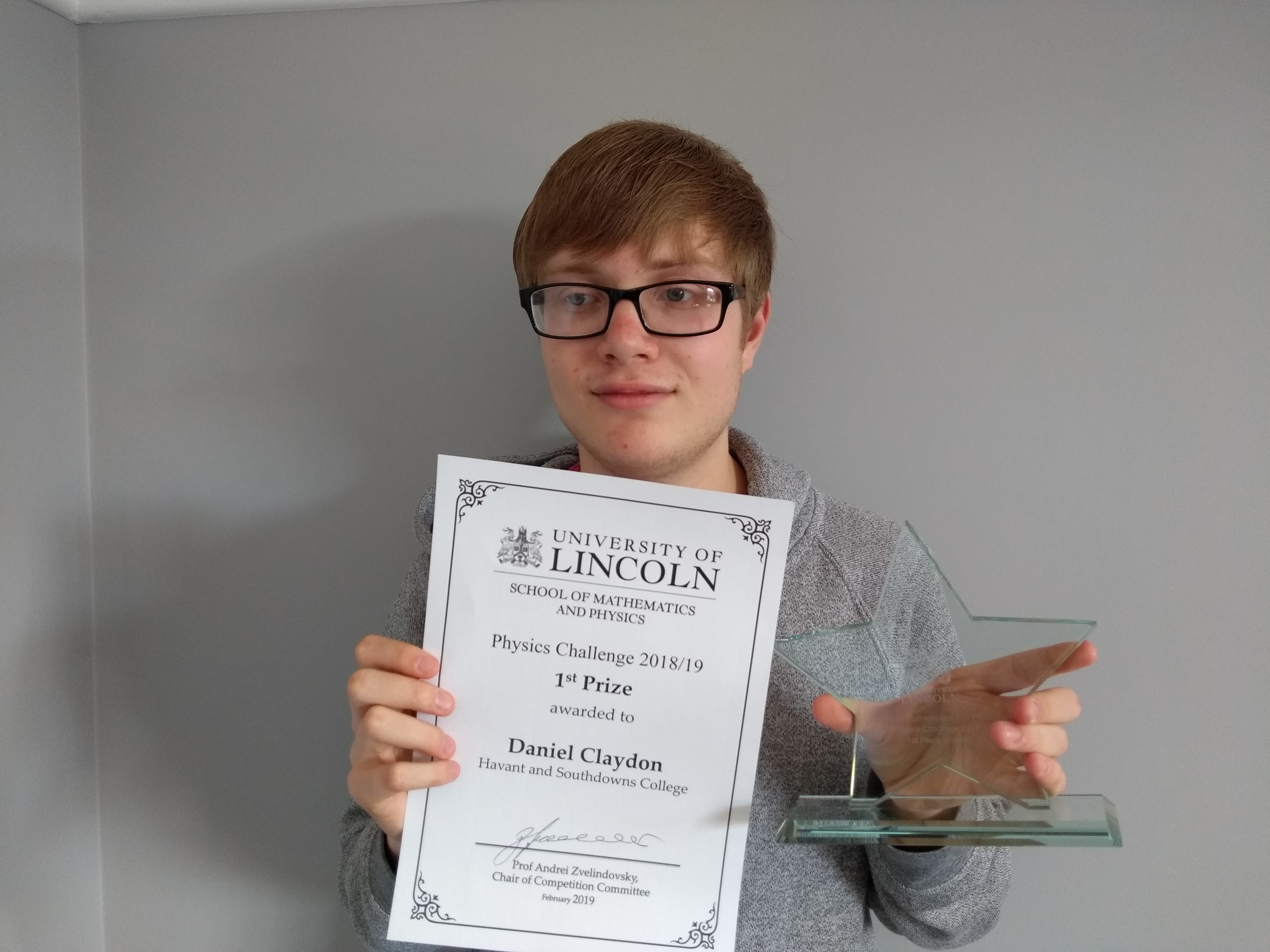 A Physics and Maths student from Havant & South Downs College has spoken about winning the Lincoln Physics Challenge and the importance of celebrating British Science Week.

Dan Claydon, who studies A Levels in Physics, Mathematics and Further Mathematics, spotted the competition on social media and decided to apply.

Speaking about the competition, Dan said: “There was a sheet of two long problems, about using the Physics and Maths A Level knowledge to solve some really tough problems, like how long a black hole takes to evaporate.

“I had to write up my solutions to the problems and post them to Lincoln University. I entered late November 2018 and found out I won on 8 January.

“I mostly enjoy Physics as an application of Maths, which has always been my favourite subject. But I also think it’s important to understand the world we live in and Physics is the obvious tool to achieve this end.

“My teachers in all subjects have always been supportive and have always pushed to me try harder extension questions and exercises, which has helped develop my passion for the subjects.”

Dan added that he was ‘really pleased’ that he had won, as well as surprised as he had entered just for fun. He continued to say that the competition has been good practice for difficult problem solving you would complete at degree level.

“I think building up these problem-solving skills from a slightly earlier age will give me the edge when it comes to university,” he added. “I couldn’t ask for help directly with the challenge questions because it was an individual challenge, but without the knowledge and skills I had gained from Physics and Maths at College I would not have been able to solve the problems.”

Speaking about the importance of the week, Dan said: “I think it is important to celebrate British Science Week because otherwise people get this image of science being an ivory-tower profession, when that couldn’t be further from the truth.

“Showcasing the achievements of science shows students how exciting science research can be, which helps to inspire them to study STEM subjects at College and beyond. But simultaneously it shows us being a scientist is a realistic and achievable goal, and you don’t have to be some kind of super-genius to make contributions.

“Science is a profoundly important profession and it only gets more important as time passes, so the more students we can inspire to take up science the better!”