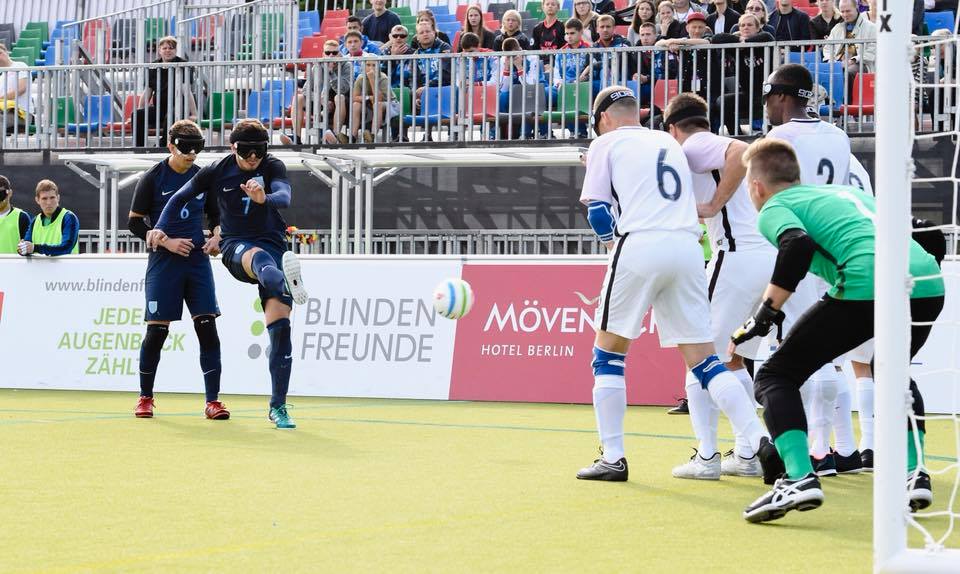 A professional blind footballer who trains at Havant & South Downs College has his eyes on the prize ahead of the Blind Football World Grand Prix in Japan.

The England squad, including Brandon Coleman, jetted off to Tokyo on 14 March in preparation for the friendly tournament against Argentina, Turkey, Thailand, Spain, Columbia, Russia and Japan.

Read about Brandon’s journey from losing his sight to becoming a professional blind footballer here.

“We’ll be playing against the best teams in the world so it’s going to be a good challenge for us and good preparation for the Euros. It will give us great winning mentality if we win this tournament.”

Brandon will be playing in the European Championships in September, the result of which will determine whether or not he will be going to the Paralympics in 2020.

He added: “Everyone is sticking to the programme we have been given, everyone seems very sharp and focused. This year is an important year for us, in the Euros you have to get to the final to qualify for the Paralympics. So this is a big year, everyone has stepped up their game.”

Looking at the tournament ahead, Brandon continued to say how he was keen to prove that the England squad are a team to watch out for. Falling at the last hurdle against Argentina in last year’s World Grand Prix final, Brandon is determined to do better this year.

“Thailand are up and coming, they’re getting a lot better,” he said. “Turkey are a strong side and won the European Championships in 2015 and Argentina are world class – so we need to show we are good enough to beat them. We want to show how good we all are.

“Havant & South Downs College has been brilliant in allowing me to use their facilities and my coach has been coming along and doing sessions on the grounds at the College. It’s a different surface to the one I train on in Hereford, as it’s a 3G pitch. It’s a good surface to practice on going into Japan as it’s a similar surface to what we’ll be playing on. The College is good at being flexible in the times I want to train too, which is great.”

Keep up to date with how Brandon does in the tournament by visiting www.ibsasport.org