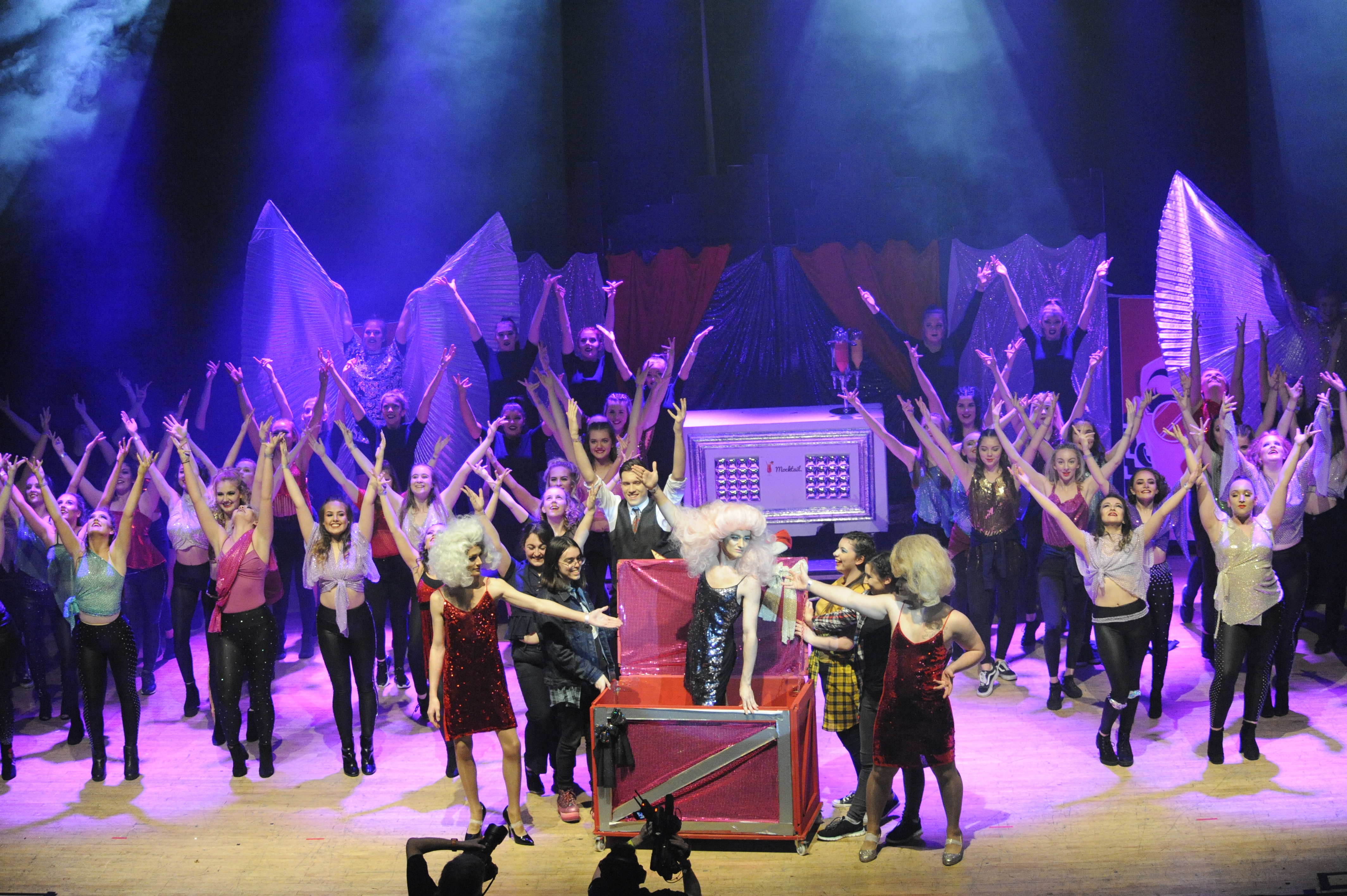 Havant & South Downs College’s Dance students have been celebrating after securing second place in the Southern Open Final of Rock Challenge UK – as well as scooping 12 awards of excellence.

The Dance students performed their routine ‘Love is Love’, celebrating LGBT+ themes, at the Portsmouth Guildhall on 25 April, up against local schools and colleges including Mayfield, Christ the King and Chichester College.

HSDC’s Dance group’s routine depicts the story of a teenage boy ‘Jack’, who has grown tired of pretending to be something he’s not. He soon discovers that he can live the life he wants by finding his inner strength, showing his bravery of facing who he is and not being afraid to show it.

His story celebrates inclusivity and that above it all, love is love. The performance also included a side story about three drag queens embracing their art form and celebrating that with the world.

Dance lecturer Sarah Parsons said: “There are two aspects really that we wanted to capture, a true and tender love story between two people as well as the drag subculture that provides a performance platform for people to express who they are.

“We want to be clear that not every gay person is a drag queen. We are aiming to explore two worlds, one which is more intimate and about self-discovery and the other is about exploring a specific performance art that helps broaden the lens of gender identity and expression.

“Our dance is based on the true story of one of our ex pupils, Cameron who has come in and helped us with choreography and drama skills. The students were very keen to work with him and they were very respectful and receptive of his feedback and suggestions as to how to fully embody the emotional aspects of his story.

“Cameron also delivered a workshop as his drag character, Malibubu, and helped some of the drag characters with body language and performance skills.”

After finding out the team secured second place, Dance lecturer Andie Poulaki said: “We are absolutely thrilled to have been placed second at the Southern Open Final of Rock Challenge UK. The students performed brilliantly and definitely did the College proud with their performance of ‘Love is Love’.

“To be awarded 12 awards of excellence on top is just incredible – it’s pretty rare to scoop that many awards in Rock Challenge so our students should feel over the moon. They all really enjoyed the experience and it has been a great opportunity for many of them to perform on a stage in front of a big audience.

“Well done to all the other dance teams who took part, the entire show was brilliant to watch.”