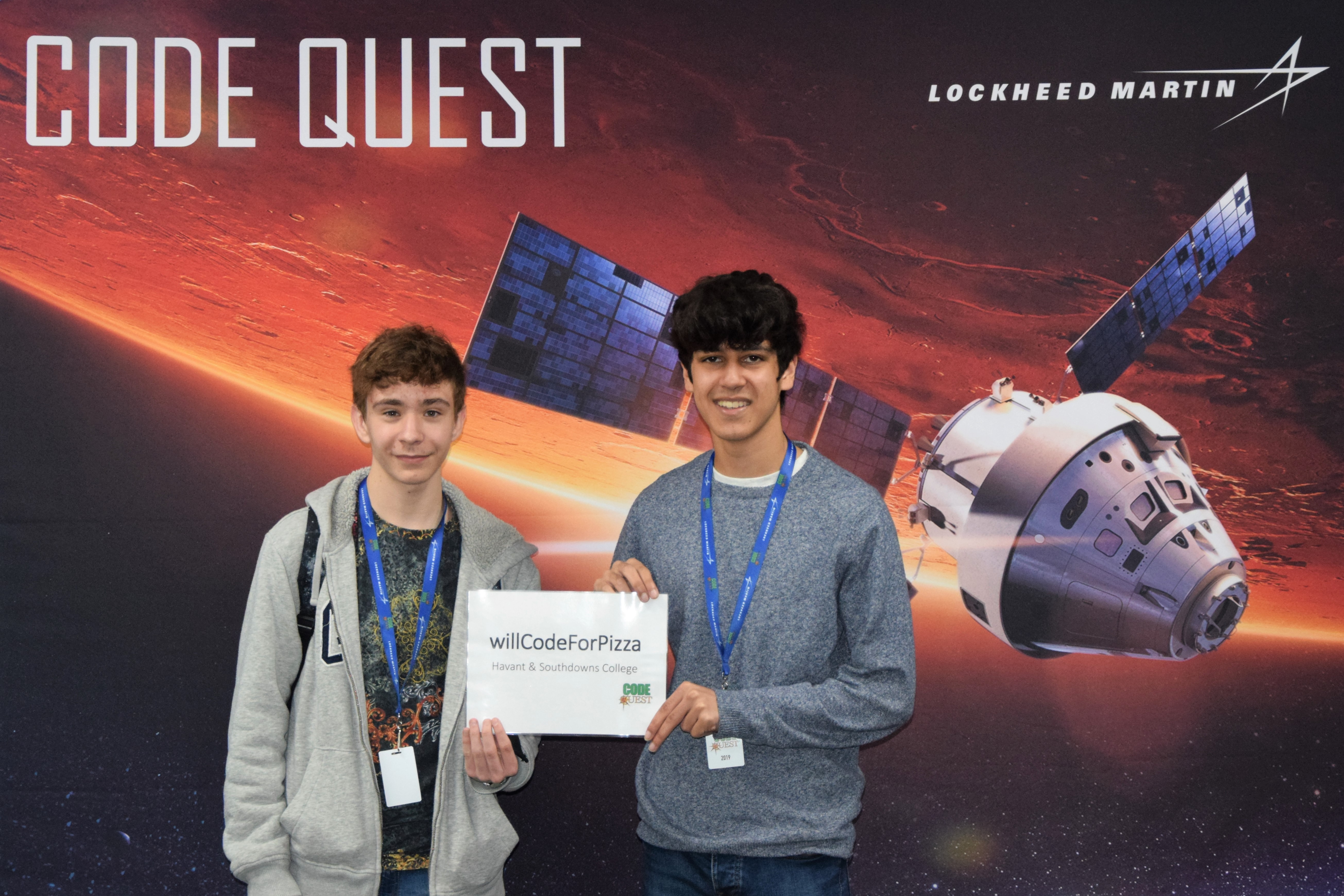 A team of IT students from Havant & South Downs College have coded their way to winning the Lockheed Martin Code Quest competition, beating colleges from across the area.

The annual event brings together teams of students to solve coding problems or so-called ‘quests’ created by Lockheed Martin engineers and computer programmers, who were also on hand to mentor the students. Lockheed Martin established the Code Quest competition in 2012 to help inspire student interest in science, technology, engineering and maths (STEM).

Seventeen teams of students in Whiteley worked through a set of coding challenges developed by Lockheed Martin information technology professionals, who also assisted students during the event.

A team from Havant & South Downs College, ‘WillCode4Pizza’, won Lockheed Martin’s UK competition in the Advanced category, whilst a team from Churcher’s College won the Novice category. Competing against fifteen other school teams, the two winning teams of two and three students impressed the judges with their speed and ability to problem-solve.

“Lockheed Martin attaches great importance to developing a workforce with the skills to compete in a 21st century high-tech economy.  Over the next 15-years, we’ll need to hire thousands of new STEM professionals, so we have a vested interest in engaging with talented young people and encouraging them to embark on exciting, fulfilling careers in technology.”

Nicolette Dryden, ICT Lecturer at Havant & South Downs College said: “This was an amazing collaborative experience for our students to challenge themselves in a competitive and fun environment.”