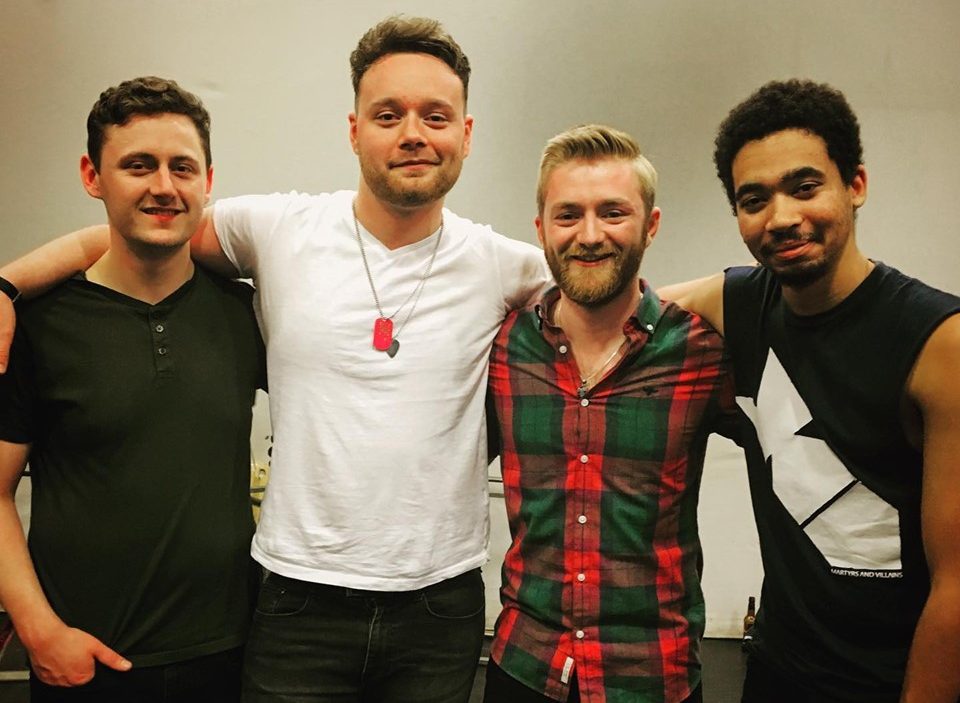 A band made up of former Havant & South Downs College students has spoken about their experience winning Petersfield’s Battle of the Bands – and how this win is helping to launch their debut album.

Emerald Falls, made up of Joe Sillence, vocals and rhythm guitar, Jay Price, vocals, lead guitar, Dave Snell, bass guitar, and Ryan Mounteney, drums and vocals, took their first big step as a band when they won the competition on 18 May.

We spoke to Joe about how their journey as ‘Emerald Falls’ began and what this win means to them.

“We’ve actually only really been a band since February,” said Joe. “I met Dave whilst I was doing my HND at the College and he took me to see Jay’s band when we played at Victorious.

“I fell in love with his guitar playing and wanted him to be a part of my solo band.

“Ryan then joined us in December last year and then from that moment we all started writing songs together which developed us into a band.

“We were playing 2000-rock music – but not as cheesy as Busted – but then we took a more American turn and went country, and we’ve been playing that ever since!”

Speaking about his experience at HSDC, Joe said: “All of us left here with a clear mindset of how we were going to become professional musicians.

“The course completely immersed us into the industry – by the time I left my music HND I was running my own recording studio.

“Doing the HND here completely turned my life around, I was in quite a low point in my life. My lecturer Jonny Callendar had a huge influence over my time at HSDC, he acted almost like a father figure during my time studying here.

“The lecturers’ passion showed that they cared, which meant no query was too stupid. Nothing was done by half measures – if they could do it, they would do it to the best of their abilities. They went above and beyond.

“Because of that, all of us are now doing something professionally in the music industry.”

Only a couple of months into their time as a band, Emerald Falls were presented with the opportunity to compete in Petersfield’s Battle of the Bands.

Joe continued: “Jay came to us one day and said he’d been speaking to a guy who is running a Battle of the Bands in Petersfield. We thought we’d go and try and get out name out there but thought nothing more of it.

“We won the heat, which was really cool, along with another young band studying at Alton called Electric Milk. We found out the next night that our friends Flying Machines had also gone through, who also study at the College.”

Emerald Falls’ success continued when they won the semi-finals – only realising then that they were competing for a £450 cash prize. The band were joined in the finals with fellow HSDC bands, Flying Machines and Electric Milk.

Joe said: “We just thought ‘we have to win this now’.

“Every single band sold out their tickets, the venue was completely packed. We were a bit worried because the bands before us had smashed it. But we went out and played the gig of our lives, we performed for half an hour which felt like five minutes. We went and did what we did best it was so much fun.

“When we were announced as the winners it was brilliant, we were really happy. Especially as the week after we were heading into the studio to start recording our debut album – and the prize money covered a big chunk of our studio costs. We can now order more CDs, more band merch and market the album better.

“Without the lecturers at Havant & South Downs College we couldn’t do anything like we’re doing now, they’re really special to us and we are incredibly grateful for what they have done for us.

“We wouldn’t be the musicians we are today without them.”