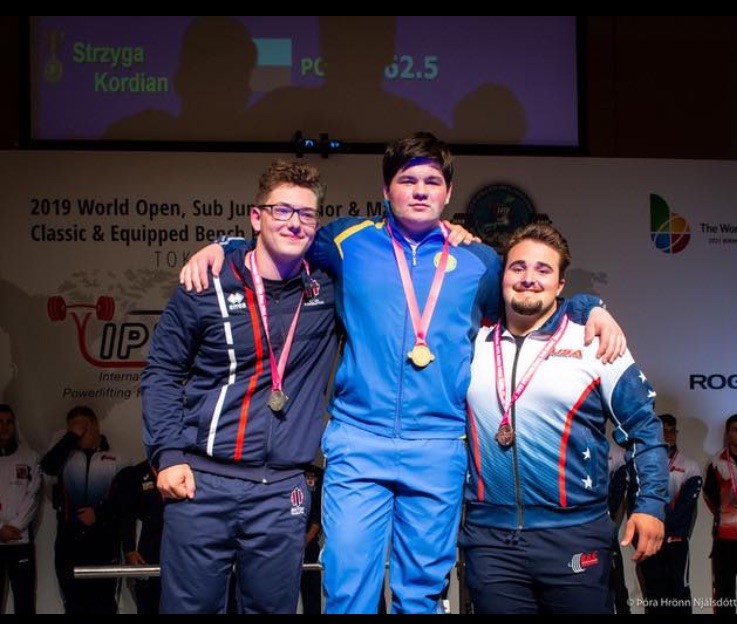 A student from Havant & South Downs College has spoken about his experience of winning silver in the International Powerlifting World Championships.

Ed Crossley, who studies Engineering at the College, started his journey into powerlifting only two years ago. Now, still only 17, he has already taken home a medal from an international competition.

Speaking about how his passion for powerlifting began, Ed said: “I was 15 when I first got into powerlifting. I was in the gym anyway with boxing and realised I was pretty good at lifting, so I quit boxing. I wasn’t ever really a sporty kid, but I found my feet when I took up powerlifting.”

But it wasn’t instant success for Ed.

“My first competition was in Portsmouth,” he added. “I didn’t really know the rules or have any of the equipment and I didn’t really do very well. But I got some good advice from some really strong people. It really motivated me to do well in my next competition.

“I took part in nationals in Molten College last year. After than I was sponsored by my gym, so the gym manager was training me and running my programme. He basically tells me what to do. It’s pushed me to compete at another national competition a few months later which led me to being spotted for Team GB.”

After being noticed for Team GB, Ed received a formal invitation to compete in the International Powerlifting Championships in Tokyo.

“It felt pretty crazy it was pretty mind blowing,” said Ed. “Straight away I thought ‘I need to get the money together’ – so I set up a go fund me page.

“That did really well, I raised about £1,000. All the members of my gym donated; they have been really supportive.”

Ed travelled to Japan for the competition alongside his sister last month, ready to compete on 19 May.

He added: “I didn’t sleep the night before I was so nervous. They put me in a weight category too high so I had to eat enough to make sure I was a certain weight, otherwise I wouldn’t have been able to compete.

“Leading up to the competition I had to eat around 8000 calories a day for a month, which was like eight pieces of eggy bread for breakfast every day and things like that. I was also training four days a week – but rest days are really important too, you need your recovery.”

And all of the training seemed to pay off for Ed.

“I felt very prepared and very ready mentally before the competition,” he added.

“On the day we went with a conservative weight because we thought we didn’t want to push to a weight and not get it, I just wanted a medal.

“I ended up only having to do 147.5kg which wasn’t too hard. You get three attempts, before my first one I was pretty nervous but after that the nerves pretty much went.”

This weight meant Ed secured silver up against 20 other competitors.

He said: “It was pretty cool when they announced that I got silver. It felt like all the hard work had paid off. I felt like I made everybody proud after all the support I’ve been given. It felt good.

“I’ve got a few things planned for the next few years, it’s inspired me to push even further with powerlifting.”