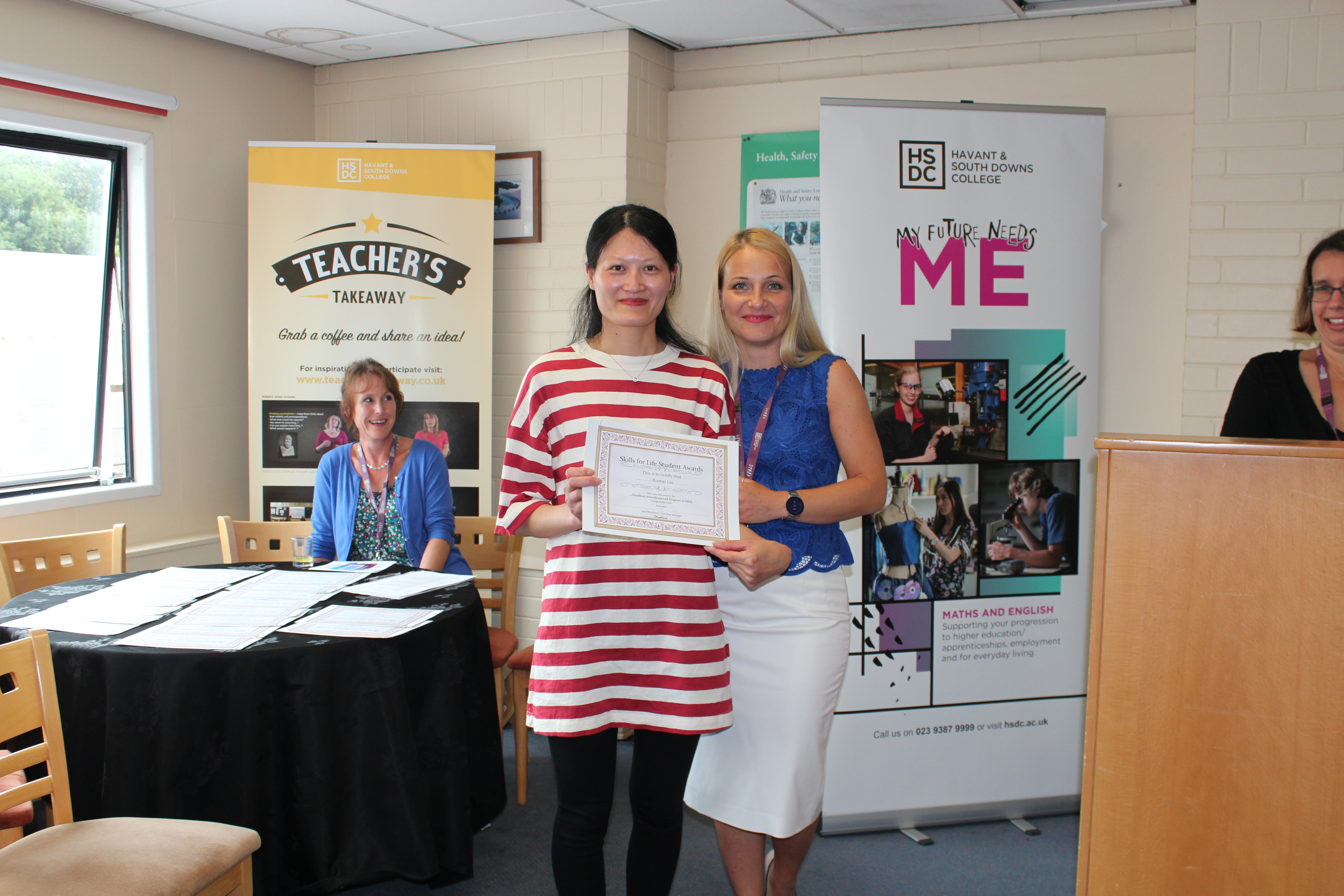 Held at the South Downs Campus on Monday 24 June, 21 awards were given, ranging from ‘biggest first step’ – awarded to adults for whom the decision to enrol on a course is a particularly brave and significant one – to ‘exceptional support to help learners to achieve’ – recognising the crucial role played by our volunteers.

The ‘excellent attendance and progress award for ESOL’ was awarded to Xiamei Liu, known as May, a part time student at our Friendship House site in Southsea.

Her teacher Ania Mendera-Atkins said: “Thanks to her dedication, commitment and hard work, May has not only made excellent progress, but also managed to pass the reading and writing exams at Level 1. But what’s even more important – she is a confident and enthusiastic user of the English language, always ready to learn more.”

Other award winners included Zoe Castle, a full time catering student and single mum who passed her functional skills Maths and English this year and has now found full time work as a bakery chef at the Parade Tea Rooms on Southsea Common.

Her Maths teacher Pauline Stretton explained why she had nominated Zoe for the ‘overcoming challenge against all odds’ award. “Zoe has had excellent attendance (96%) despite early mornings and long hours on her Catering course, as well as being a young single mum,” she said. “She’s shy but determined and wants to improve her education and be a good role model for her daughter.”

Volunteer Steve Prankard was not able to attend to accept his award but sent in the following message: “I was very surprised and honoured to know that I am valued in this way. I love coming to help out at the College on a Thursday evening and this year has been particularly special and inspiring for me because not only have I witnessed great success in achievement from the students I have been helping, but I have had the enormous privilege to work alongside three wonderful members of the College staff in Ryan, Nicki and Katherine.”

This year, Skills for Life has taught a total of 686 Maths, 511 English and 169 ESOL students in six locations. For many of these students, the achievement of a qualification represents enormous effort in succeeding in a subject area that has previously been difficult for them.