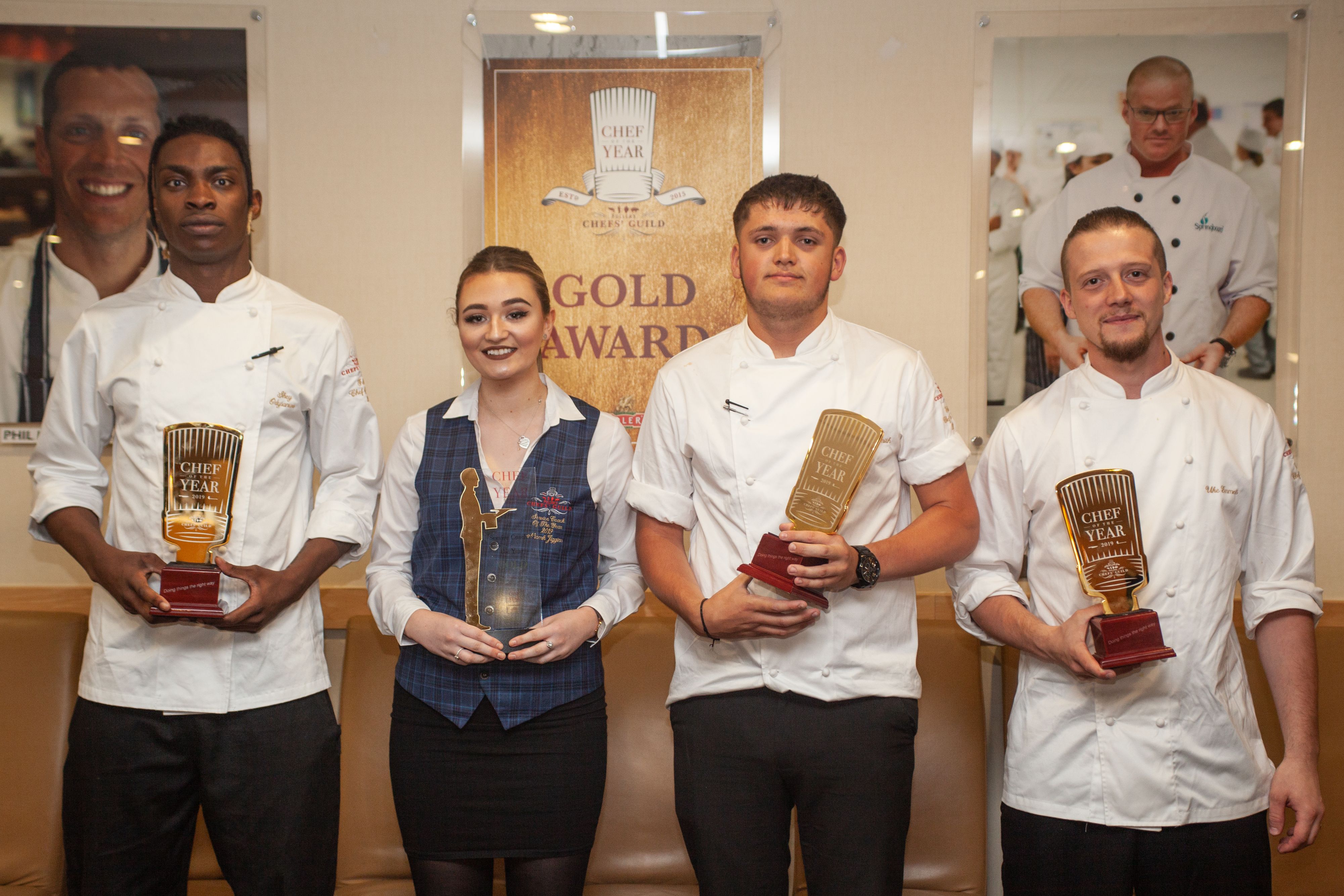 The final cook-off took place at Havant & South Downs College, where finalists were judged on their techniques, flavour, execution and service by an expert judging panel of 12 leading industry individuals – including Michelin Star Chefs – with seven judges for food and five for service.

The eight finalists for Chef of the Year were challenged with designing a menu using pigeon for the starter, smoked cod for the main course, and pumpkin for the pudding. They were teamed with a Service Coach, who served their menus to their guests and the judges.

Jonny said: “Obviously I feel great – winning this then going to Hong Kong, it’s a great end to the year. I’ve come second in a lot of other competitions so to win finally is amazing. The plan is to have a Michelin star by the time I’m 30!

“My lecturer Iain Baillie has helped me massively this year and has been incredible at getting in top chefs from the Fat Duck and Roux at Parliament Square, it’s made the year extra special. He is a great lecturer.

“I am from Arundel so I’m quite far away but I came here because it’s not just any College. It’s not only the great lecturers here but the contacts they have in the industry are amazing.”

Luke Emmess, from The Still & West in Portsmouth, won Fuller’s Chef of the Year, whilst Shey Odysanwo won Junior Chef of the Year for his pistachio crusted malt and barley smoked cod, served with mushroom consommé, shimenji and shiitake mushrooms.

Fuller’s Service Coach of the Year recognises excellence in front of house service. Niamh Jiggins from The Ship Inn in Langstone won for her flawless, professional service, knowledge of ingredients and drink recommendations.

Fuller’s Director of Food, Paul Dickinson, said: “I’m completely blown away by the talent of this year’s competitors. All the finalists truly exceeded my expectations with the skills, techniques and creativity used with the ingredients given to them, and the front of house service, which is integral to everything we do, has truly raised the bar this year.

“With the introduction of College Chef of the Year, I wanted to inspire and give insight to future talent, showing that they can have a creative career as a chef at Fuller’s. The students displayed the skills, knowledge, passion and self-confidence of experienced chefs. And, as potential head chefs of the future, seeing the young talent coming through inspires me to continue the work we do.

“Congratulations to our Chef of the Year winners for 2019, and to everyone who competed. I’m very proud of everyone who took part, came through, developed and contributed, and I look forward to next year’s competition.”