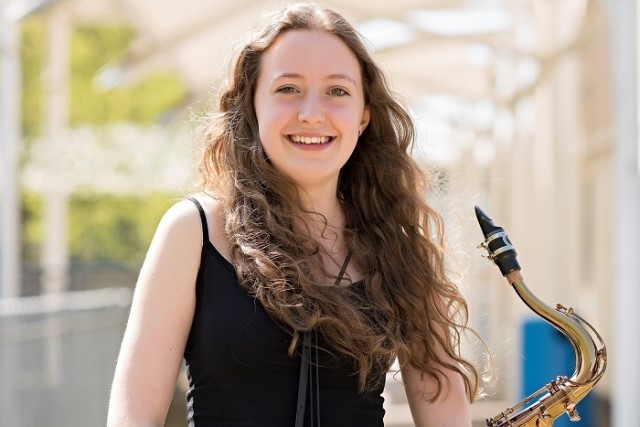 Alton Music alumna Ellen Drewe was recently on BBC Breakfast TV talking about one of her latest composition projects, music for the app “Music for Trees” in association with The Royal Parks. The app was created alongside students like Ellen from the Royal Academy of Music, with their compositions being interpretations of trees’ different characteristics, that you listen to as you walk around Regent’s Park. More information about the app can be found here.

We caught up with Ellen after her appearance on TV.

“Since leaving Alton I have had premieres of my music in venues such as ’The Warehouse’ Waterloo, the Brunel Museum and St John’s Waterloo. I am currently studying in my 3rd year at the Royal Academy of Music. I have recently been involved in composing for the app ‘Music for Trees’ featured on BBC Breakfast (TV). The ‘Music for Trees’ app is based in Regent’s Park in London and uses geolocation to track where the user is standing. Each tree involved has a composition associated to it, therefore as you walk under the overlapping canopies, you experience complex layers of sound. The compositions have been written by six students studying at the RAM.”

“We all got involved with the project after being contacted by Matt Steinmann, the Arboricultural Officer for Regent’s Park, who came up with the idea. I am currently continuing my studies, writing for several ensembles within the Academy and hope to continue pursuing composition after I graduate.”