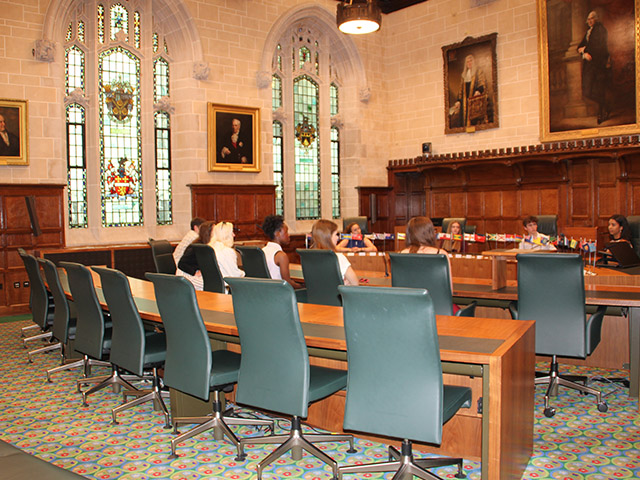 For a second year running, 12 HSDC students participated in The Supreme Court’s Debate Days, albeit virtually this time because the Court is closed.

Debate Days are run throughout the year by staff at The Supreme Court. It is not a competition but rather a unique opportunity for students to perfect their critical thinking and debating skills. Students spend the day in court with professional lawyers, who help them to prepare arguments on a range of topics.

“The 12 students formed three teams: one ‘for’ the motion, one ‘against’ the motion and the last group acted as judges. The topic this time was very relevant: is it fair (‘for’) or not fair (‘against’) for police forces to keep fingerprints and DNA samples from innocent people.’ Each team is mentored on the day by lawyers, who generously give their time and answer any questions students may have about their work and their career path.

“This is our second year of participating. Last year we were able to go to The Supreme Court and see some of the rooms not usually open to visitors.

“This year the ‘for’ team were judged to have best argued their case.”

When asked what they enjoyed most about the event, the feedback from students was extremely positive, including: “It was amazing”; “Everything!”; “The actual chance to debate and talk about our points.”

And the feedback from the lawyers involved? Overwhelmingly positive, including:

“I was really impressed by the way they had all clearly thought about the issues beforehand and brought their own perspectives to discuss”.