STAFF IN THE SPOTLIGHT: STEVE MURRAY 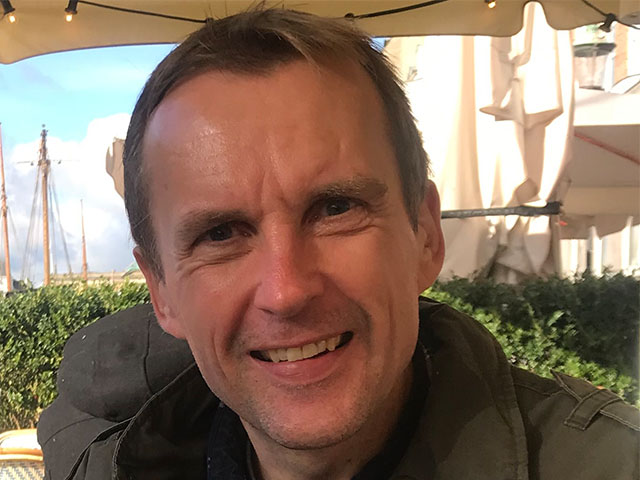 At HSDC we have a number of highly-skilled, dedicated and passionate staff.

They go above and beyond to help our students reach their full potential. We want to shout about these integral members of our HSDC community, so every month we will be finding out about the people behind our teaching excellence with our ‘Staff in the Spotlight’ feature.

This month we are recognising Steve Murray, who is a Media Lecturer at our Havant Campus.

How long have you worked at the College?

Why did you choose the subject that you teach?

I have a degree in English Language and Literature, a Master’s degree in Media, Culture and Communication and worked for seven years in the media industry.

What was your journey/training before coming to HSDC?

I trained as a local newspaper journalist in the 1990s and worked as a reporter, sub-editor and news editor for Observer Newspapers in Watford. I then joined BBC Sport, working as a sub-editor and later as an assistant producer on programmes such as Match of the Day and Football Focus and events such as Wimbledon, the Olympics and the World Cup. I also worked for a year in a similar role at ITV.

What is the highlight of your role at HSDC?

I enjoy offering students opportunities to develop as individuals through participation in extra-curricular projects related to film and media. Each year, when we’re able we try to offer students the opportunity to work on real-life projects with Millstream Productions, a local film production company. Examples of past projects include documentaries focusing on topics as diverse as Havant soldiers in the First World War, the Portsmouth accent, the 40th anniversary of punk and the issues faced by the UK’s first drag queen wrestler, a former student at the College. In the spring, we organised an LGBTQ+ film festival in conjunction with The Spring Arts and Heritage Centre in Havant. Students enjoy getting involved in extracurricular projects and invariably step up to the mark, demonstrate maturity and flourish as they begin to play a role in the adult world of work.

What kind of careers have your students gone on to do?

Students often progress to roles in media production either after university or through direct entry into the industry. A student who directed our first film in partnership with Millstream Productions now works for the company! He initially went to Bournemouth University to study media production before impressing during a work experience placement at Millstream.

What is something about your job that people don’t know?

There’s much more to teaching than understanding exam board requirements and teaching students to pass exams. When working with teenagers, it is important to understand the broader pressures they face and be sensitive to what’s going on in their lives beyond the classroom. This is particularly important in subjects such as Film Studies and Media Studies, as students are regularly asked to discuss and debate issues and themes that they may well be affected by personally.

What three words would your students use to describe you?

How do you relax outside of work?

Film is obviously a passion and I host a regular monthly Friday night film event at The Spring Arts and Heritage Centre. As my previous career suggests, sport also plays an important role in my life. In addition to having spent 40 years plus worrying about the fortunes of West Bromwich Albion FC, I’m also a season ticket holder at Havant and Waterlooville FC and, when fans are allowed back to games, I will usually be found in the Westleigh mulling over the Hawks’ prospects before and after home games.