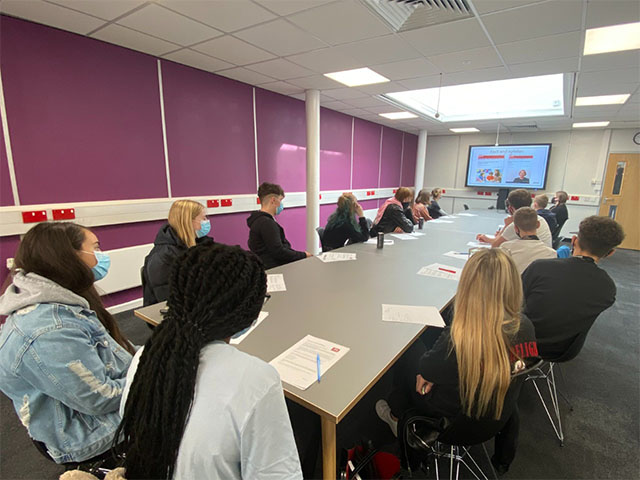 BBC Young Reporter works in partnership with schools, colleges, youth organisations and charities to provide young people aged 11-18 with the skills they need to create and understand the media. Schools and organisations which take part benefit from access to exclusive events, training and resources, as well as mentoring and career talks from BBC staff and journalists.

The first part of the day was a virtual workshop led by Ian Moss from the BBC, looking at ‘fake news’ and what is meant by the terms ‘misinformation’ and ‘disinformation’. According to Ofcom, during the first week of lockdown in March nearly half of all adults were exposed to false or misleading information about COVID-19. Students were shown examples of this and talked through how to fact check information.

The second part involved a careers Q&A session chaired by Karen Fowler Watt, a Senior Lecturer in Journalism at Bournemouth University. It featured a panel of journalists who went to Bournemouth and now work for both the BBC and ITV.  The students were able to ask, amongst other things, how they got into the industry, the best and worst things about their job and what advice they have for getting a career in journalism.

“This event was incredibly useful, as it gave a great insight into the journalism industry and also first-hand accounts and people’s experiences along with valuable advice.”

“The workshop showed us that there are opportunities and, if we are prepared to work hard, we can succeed in our dream goal of becoming future journalists.”

Engaging with professional journalists is only part of the benefits of studying Creative Media Production or Journalism and Communications at HSDC South Downs.