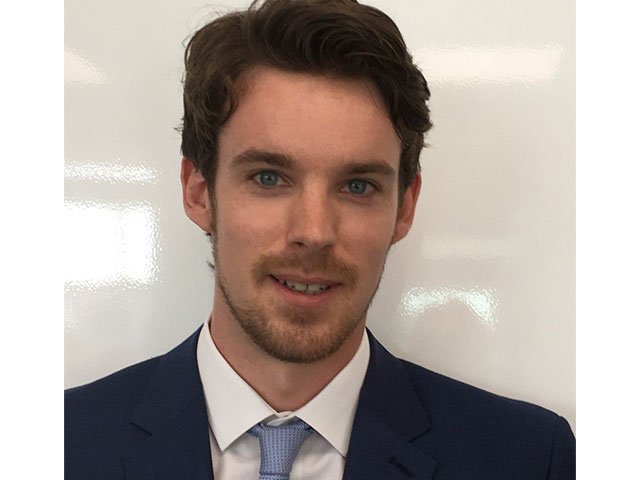 HSDC South Downs former student Jon Allen has been busy since he first earned his Engineering BTEC National Diploma in 2011.

Jon feels that what he learned at South Downs was relevant to his career in professional engineering and helped prepare him well. He explains his career path:

“After completing my BTEC, I joined Siemens on an apprenticeship, working in various engineering departments and gaining hands-on skills for maintaining commuter trains. I had completed the apprenticeship in 2014 and also gained an HNC.

“I stayed with Siemens and took on various technician roles, carrying out modifications and fault finding on the class 450 and 444 trains. Eventually, I had worked into becoming a Deputy Supervisor for reactive maintenance activities (fault finding) across the South West Trains network. During this time, I returned to South Downs, completing my HND in Electronic and Electrical Engineering in 2017.

“I moved to Kent to take a job with Hitachi Rail Ltd supporting the class 395 high-speed trains, which opened up my knowledge of the Rolling Stock industry. I have carried out many projects and submitted design changes to ensure the service given remains safe and reliable. During which I have continued studying and recently graduated from the Open University with a first-class honours degree in Engineering.

And what advice would he give to those considering Engineering at HSDC, either as a full-time or returning student,

“Try to fully engage with the activities and enjoy what you are learning and it will be much easier to recall the information when looking at problems in the ‘real-world’”.

This website uses cookies to improve your experience while you navigate through the website. Out of these, the cookies that are categorised as necessary are stored on your browser as they are essential for the working of basic functionalities of the website. We also use third-party cookies that help us analyse and understand how you use this website. These cookies will be stored in your browser only with your consent. You also have the option to opt-out of these cookies. But opting out of some of these cookies may affect your browsing experience.
SAVE & ACCEPT
Powered by