Staff in the Spotlight: Dave Cook 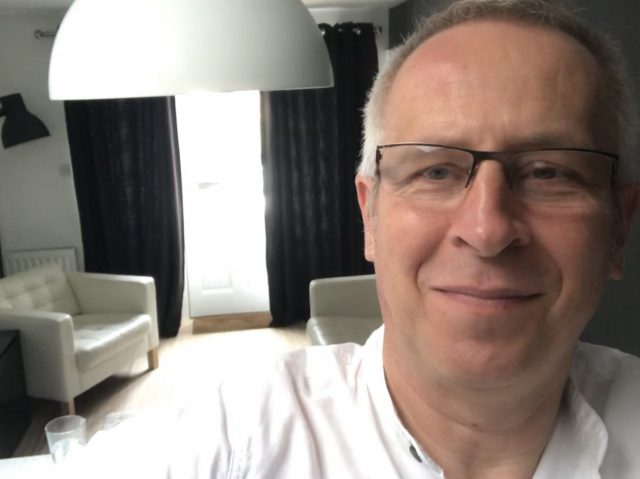 At HSDC we have a number of highly-skilled, dedicated and passionate staff.

They go above and beyond to help our students reach their full potential. We want to shout about these integral members of our HSDC community, so every month we will be finding out about the people behind our teaching excellence with our ‘Staff in the Spotlight’ feature.

This month we are recognising Dave Cook, who is a Year 2 Course Manager for UAL Level 3 Creative Media Film & TV Production at our South Downs Campus.

How long have you worked at the College?

In total, I have worked for HSDC for about 18 years with a break of about three years in between.

Why did you choose the subject that you teach?

I teach what I know best, which is Film and TV production skills. After I completed my degree I was invited by the university to create a 12-week documentary making course, which I delivered for about five years in between my own production work. I was then asked by a friend if I would come and do a couple of hours a week at the College back in 1999 and the rest is history!

What was your journey/training before coming to HSDC? Do you practice the subject you teach outside of work?

I decided in my 20s to go back into education and get a degree in Film & TV production. I was lucky enough to have had a film I made in my second year get picked up for a broadcast competition. Following on from that, I made a 30 minute documentary for my final year film, which was seen by a broadcaster and I was subsequently invited to work with them to make a version suitable for television. From there I made a number of documentary films for ITV and various arts bodies. I was lucky enough to win a Royal Television Society Award for a short documentary I made set in Portsmouth that addressed what it was like growing up in the Cold War era. I have had a number of films play at festivals around the world and was a finalist for The British Short Film Festival amongst others. I still make documentaries but not for a specific broadcaster. I also run a charity that creates films aimed at young people addressing issues around drugs and sexual health.

What is the highlight of your role at HSDC?

I have had a few highlights to be honest. I believe I was the first lecturer from HSDC to get students into the World Skills Finals, which we did for two years running and I hope will happen again this year. I have also run very successful Film Festivals at The New Theatre Royal. One of the years we had so many people in the audience we had every seat in the theatre occupied. I am also always very happy when ex-students get in touch to tell me how they are doing and what jobs they have been doing in the industry.

What kind of careers have your students gone on to do?

Many of my students have gone on to work in the industry taking on roles such as editor, sound recordist, researchers, camera operators etc. A few of them have set up their own production companies making corporate and promotional productions. I am regularly contacted by ex-students updating me on their career paths.

What is something about your job that people don’t know?

I think people believe making a documentary or promo etc is just a matter of pointing a camera and shooting. It is far more than that. I always remind people that everyone has access to a camera but not everyone can take a good photo.

What three words would your students use to describe you?

How do you relax outside of work?

To relax I go to the gym four times a week. I like going on long hikes. Travelling. I enjoy Archery and, of course, I watch a lot of documentaries and films.