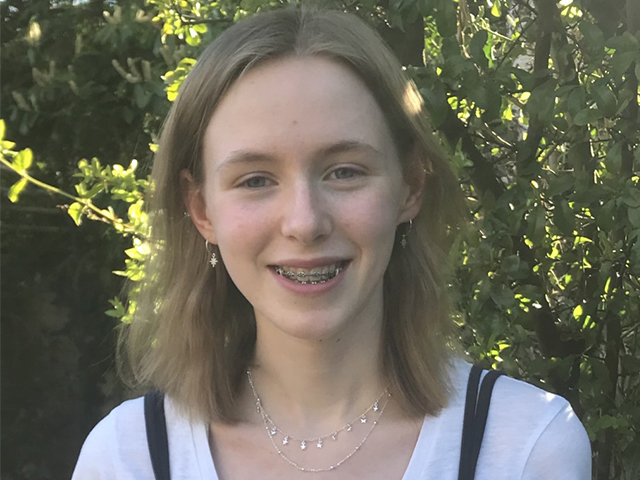 The competition, which celebrated its 25th anniversary this year, challenges students and enables them to demonstrate their knowledge of biology through two 45-minute multiple-choice papers taken online under staff supervised exam conditions. Students use problem-solving skills and an understanding of core principles to respond to unfamiliar topics and ideas. Top scoring students are invited to complete further practical and theoretical training and assessment, with the possibility to represent the UK at the International Biology Olympiad.

Congratulations go to Jemima Willoughby, who did an outstanding job scoring in the top 5% of British Olympiad competitors to win gold. Congratulations also to Year 1 students Emily Duguid and Dexter Angell on winning bronze.

Libby Smith, Course Manager for Biology and Psychology, was particularly happy with Jemima’s result: “I am very proud that Jemima has achieved a gold medal in the Biology Olympiad, putting her into the top 5% of the biologists who took part worldwide.  She can add this to the silver medal she gained in this competition last February, and the silver medal she achieved in the Intermediate Biology Olympiad in June. Jemima is an outstanding biology student who won the Cambridge University Peterhouse Essay Competition last year and she has just completed an extended project evaluating the RNA world hypothesis as a hypothesis for the origins of life. These achievements will stand her in good stead for her plans to study biology at university and become a research scientist.”

Jemima is thrilled to have received a gold award:

“Ever since my gold award in the Royal Society of Biology’s Biology Challenge, I’ve really wanted a gold in the Biology Olympiad, and I’m delighted to have achieved this! It was fascinating to explore the latest research within the Olympiad exams, and to test out my knowledge and understanding of the subject I love.

“My aspiration is to become a biologist. I’m passionate about studying biology, academically and in my spare time, so I’m very much looking forward to pursuing this further at university.”