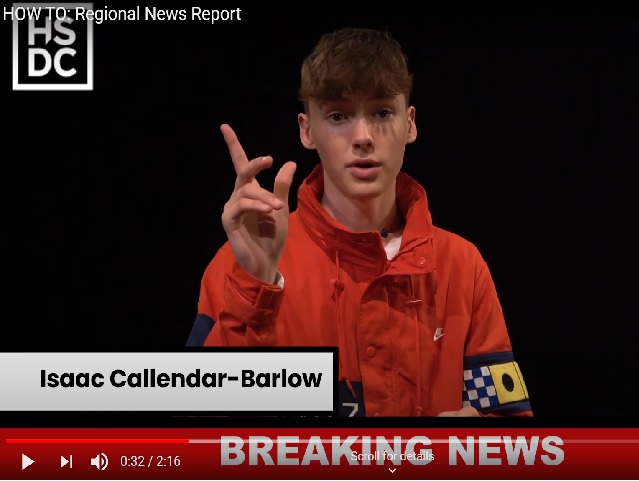 Talent and teamwork helped showcase students’ expertise as they competed in the semi-finals of a national skills competition.

Four HSDC South Downs students teamed up to create and edit an engaging vlog in a bid to compete for one of five places in the WorldSkills UK final.

Putting their skills to the test were Hayden Kracke, Jack Hilton, Isaac Callendar-Barlow and Ellie James, who are all students from the UAL Level 3 Creative Media Production & Technology – Film & TV Production course. 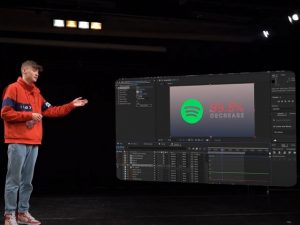 The Digital Media Production semi-final was held virtually on 6 July, with the students being given a timed brief and then set a challenge to research, plan, shoot, edit and then post a YouTube video.

With last year’s competition cancelled due to the pandemic, HSDC staff were keen to enter teams into the contest this year.

“I tried to mix the strengths of the students in order to create the best team we could put forward for the competition. After registration the students were given what is known as a ‘passive brief’.

“This required the students to research the history and theory behind vlogging. They were also required to create a vlog listing 10 useful survival hints and tips for students entering into Higher Education. The vlog they created was excellent, both technical and entertaining.

“I was not surprised to find the team had done well at this stage and as a result made it into the semi-finals to be held on 6 July.”

Due to COVID-19 restrictions, the semi-finals were held online, with seven teams from colleges around the country competing for a place in the final at the NEC in Birmingham in November.

The students were set the task of researching the codes and conventions of regional news reporting and making a vlog which covers 10 top tips on how to create an effective news report.

During the first year of the course, the students had studied and created local news reports, so they were confident with the brief and met the deadline with 10 minutes to spare.

David, who was unable to assist the students with their entry, added:

“I was so impressed with the organisation and professionalism of the group. They shared out roles and responsibilities, working to one another’s strengths in research, pre-production, production and post-production techniques.

“I am extremely pleased with the work the team submitted. Unfortunately, the results will not be published before September although I do feel confident the team will make it into the finals. They certainly deserve to.”

You can watch the video created by the team below.