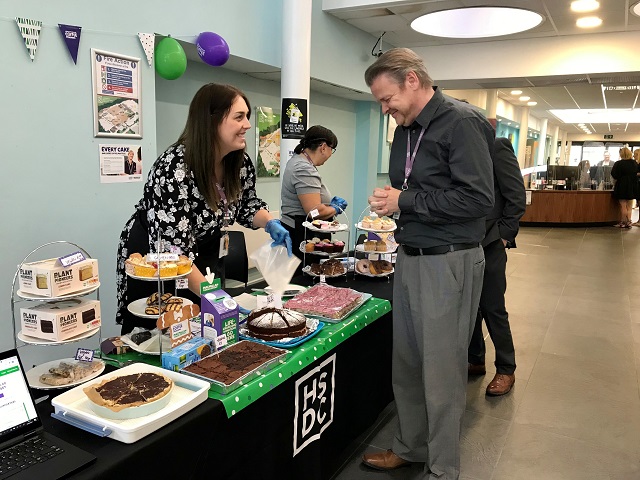 Members of the Community Engagement and People Services teams joined forces to organise these events, which launched HSDC’s efforts for the #GoodforMEGoodforFE campaign.

Favourite cakes and bakes of all varieties were available at coffee mornings on each campus, with generous staff and students helping to raise £422.70 for the cancer support charity.

As part of the events, HSDC students and staff were encouraged to nominate a local charity for the College to support over the academic year.

Emma Porter and Abi Summers, who coordinated the efforts, said:

“A huge thank you to everyone who was involved in the Macmillan Coffee Mornings which took place at Alton, Havant and South Downs campuses last week. We have been raising a fantastic amount of money for such a worthy cause and it has been wonderful to talk to so many colleagues about the charities which they are passionate about – all over a hot drink and a slice of cake! 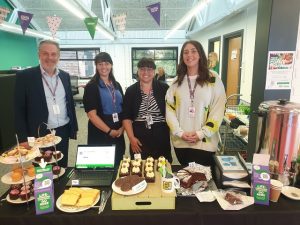 “These coffee mornings have been the start of HSDC’s commitment to the Good for ME Good for FE campaign which aims to generate £1m of social value through a sustainable programme of community action including volunteering, fundraising, charitable partnerships and acts of kindness.

“Students and staff are now in the process of selecting an HSDC charity which will receive ongoing support – let’s look forward to more exciting events throughout the year!”

A heartwarming moment topped off the charity triumph after David Going from Aramark won the guess the weight of the cake competition, which featured a beautiful creation from staff and students in the College restaurant.

David guessed 3.56kg and the actual weight was 3.548kg – with his delicious winnings being sent off to residents of Hamilton House Care Home in Drayton.

“A member of David’s team, Denise, had also entered the competition as she was hoping to win it so that she could give the cake to her mother’s local care home – when David was told he had won, he without hesitation decided to gift his prize to Denise – making for a truly lovely, emotional moment!

“The exact kind of compassion and community we’ve been seeing within the College that has touched our hearts.” 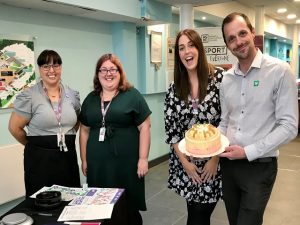