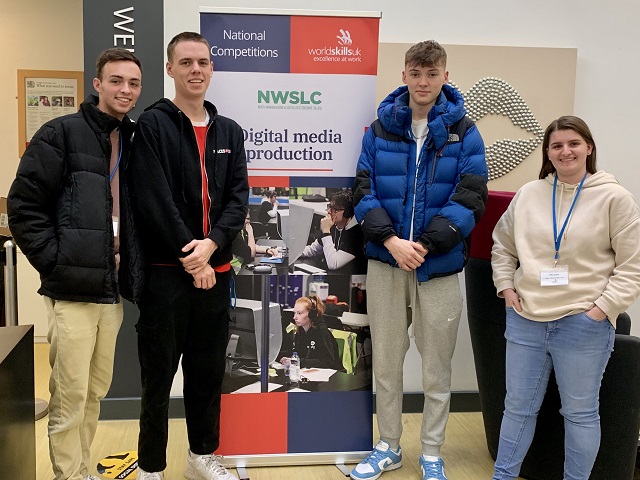 A talented team of students battled it out against four other colleges who had made it to the WorldSkills UK final for Digital Media Production.

The team travelled up to Hinckley in Leicestershire to compete, and all competitors were provided with the same production equipment and tasked with creating a news report around the topic of climate change, identifying the story they wanted to tell and who the intended audience was.

They were given a brief and had 45 minutes to write up a pitch to present to the panel, with the HSDC team deciding to make a report about the effects of climate change on young people.

They were tasked with capturing video footage of the general public around Hinckley, writing a report and filming all the accompanying footage.

“Long cold production days and lots of pressure didn’t deter our team. Their enthusiasm was clear for all to see. In the evenings we would meet up to discuss how the day had progressed and then discuss what was needed for the next day.

“I was incredibly proud of how every one of the team worked so hard during the competition. They stayed focused and organised throughout. The news report our team submitted was a very accomplished piece of work which would have sat comfortably in a regional news programme.”

During all aspects of research, filming and editing various judges would observe them. They would also question them on their technical knowledge and reasons for what they were doing throughout the whole process. 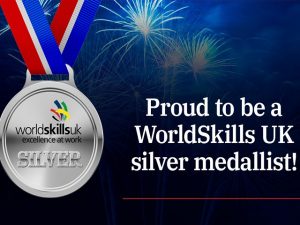 With the competition held at venues all across the country this year, the group had to wait almost two weeks for the result which was announced on a webcast by Channel 4’s Steph McGovern.

HSDC is proud to announce that our team took home the silver medal after achieving second place in the competition!

“I was over the moon when we received the silver medal at WorldSkills. Our team has put in a lot of effort and hard work to reach the final stage, and it all paid off.”