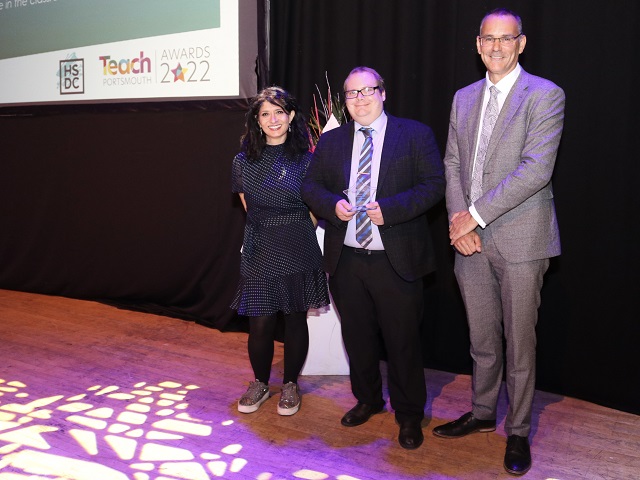 An inspirational teacher promoting creativity and inclusivity was commended at a city celebration with an award sponsored by HSDC.

Portsmouth’s classroom heroes were celebrated at the Teach Portsmouth Awards 2022, held on 9 June at Portsmouth Guildhall.

Hosted by comedian Shaparak Khorsandi, the event saw prizes presented in 10 award categories including the unsung hero award, long service award and the creativity award, which was sponsored by HSDC. 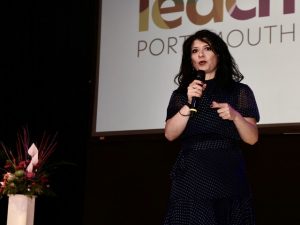 “It is fantastic to be part of the Teach Portsmouth Awards for the first time as sponsor of the creativity award. We’re delighted to support the awards and to be part of teaching excellence in our local city.

“Creativity is all about thinking outside of the box, of visual enquiry and analysis and ensuring children and young people receive the support and encouragement they need to excel. School and college staff have wide-ranging skills, pedagogy and an overarching passion to make it all possible.”

From a shortlist of three nominees, the overall winner in the creativity category was Chris Ricketts from Priory School in Southsea.

The creativity award goes to an individual who has developed new approaches or adapted teaching methods that go beyond the conventional curriculum, to support creative thinking and provide opportunities for all pupils to expand their creativity. 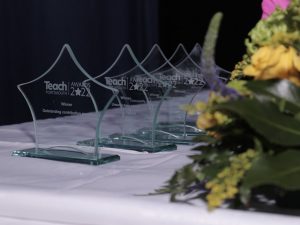 In his nomination, it was said that Chris has developed and encouraged creativity since joining the school, including starting the Arts Award at Priory School in 2021. He is also aiming to achieve the Artsmark Award over the coming year.

His work has involved focusing on the music curriculum which now places more of an emphasis on student voice, metacognition and inclusivity.

The commendation also stated that Chris is a singer and musician in his own right, and his passion for his subject is clear from all who meet him.

“The Teach Portsmouth Awards are a fantastic set of opportunities to show our heartfelt appreciation for all those staff working to give young people the very best start to their lives – raising ambitions, removing barriers and supporting success.

“We must never take the impact of this for granted, and prestigious awards such as Teach Portsmouth are a wonderful way to show our thanks.”

Visit teachportsmouth.co.uk/awards to find out more about the awards.