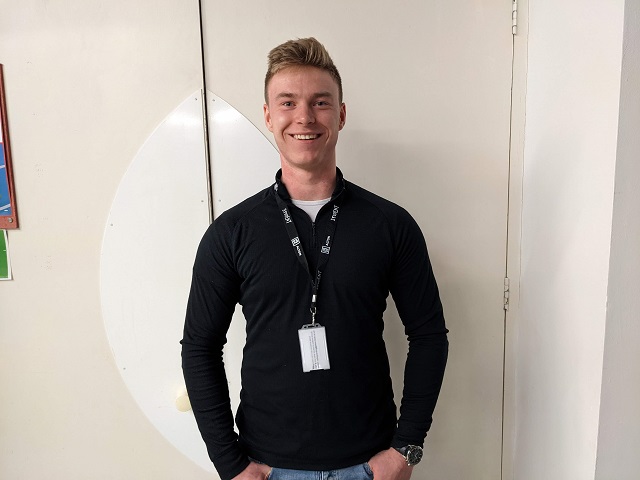 Proud students have shared stories of perseverance and personal growth as part of the College’s celebrations for British Science Week.

The annual celebration of all things Science is taking place between 11 to 20 March, exploring the themes of Growth and Smashing Stereotypes.

At HSDC, we wanted to acknowledge both themes, and we are kicking the week off with some case studies of students who have shown real growth throughout their studies in Biology, Chemistry or Physics at our Alton and Havant campuses.

When he joined the College, a lot of his friends had chosen to study elsewhere so Thomas didn’t know many of his peers.

“Coming here I knew no one, I chose my subjects because I had no idea. I wasn’t great at science but I was good enough.

“Chemistry has improved the most because I like the way they teach here. I feel like I have excelled in Chemistry. When picking subjects, make sure you enjoy it.

“In Chemistry, you need to learn to understand it and then you learn to apply it. For me, it was the order it was taught which helped, it builds on itself a lot. They don’t throw you in at the deep end!”

Thomas hopes to go to Leeds University to study Medicinal Chemistry with a year in industry from September.

Jane is in her second year at HSDC Havant, studying Physics, Mathematics and Ancient History after leaving Brookfield Community School in Sarisbury Green. 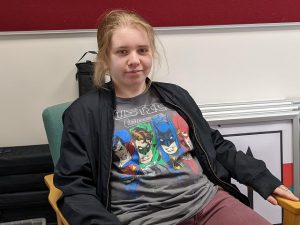 After finding her first year of college really tough following a disrupted Year 11 due to COVID, Jane considered leaving.

However, with help from Academic Support giving her an extra boost, Jane is now achieving better grades and is loving studying Physics.

“It was very tough in the first year, so much so that I thought about quitting but I stuck with it and it paid off because now I’m getting Cs.

“I didn’t realise how much effort I’d have to put in. Last year we spent so much time in lockdown which did have an effect.

“In the first year I didn’t have the confidence to put my hand up to ask questions because I felt like everyone around me was so smart.”

On what advice she would give to someone considering studying a Science subject, Jane said:

“I would say enjoy it because of the people you’re doing it with. Physics is a collaboration, you need to be able to have those jokes with people and have fun with it.

“As with any kind of learning, you need to have fun with it or what is the point in doing it?

“I didn’t drop out at the end of the year because I knew I’d regret it. If you quit, you’ll never know if you can achieve it.” 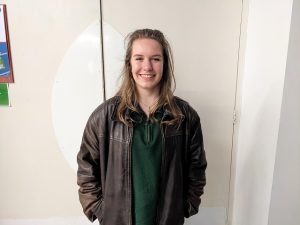 Emma is studying Biology, Psychology and Spanish in her second year at HSDC Alton, having joined from Alton School.

Staying motivated, help from friends and support from teachers has all helped Emma to achieve more than she ever thought possible.

“I really struggled with Biology in the first year, I was definitely one of the bottom in the class, I was getting Es.

“I have definitely made a massive jump in grades thanks to help from friends and teachers’ help with how to revise.

“I remember in September we came back and had three tests that predicted where we were at, I got A* in all of them. That made me realise you can do it if you apply the right techniques.”

After turning her grades around, Emma now plans to go to university next year to study Adult Nursing.

On the advice she would give to others, Emma said:

“You will get the support you need, but make sure you have the motivation to work hard. Also, set a goal or you will fall behind!”

Find out more about the Science courses we offer at HSDC on our course finder.