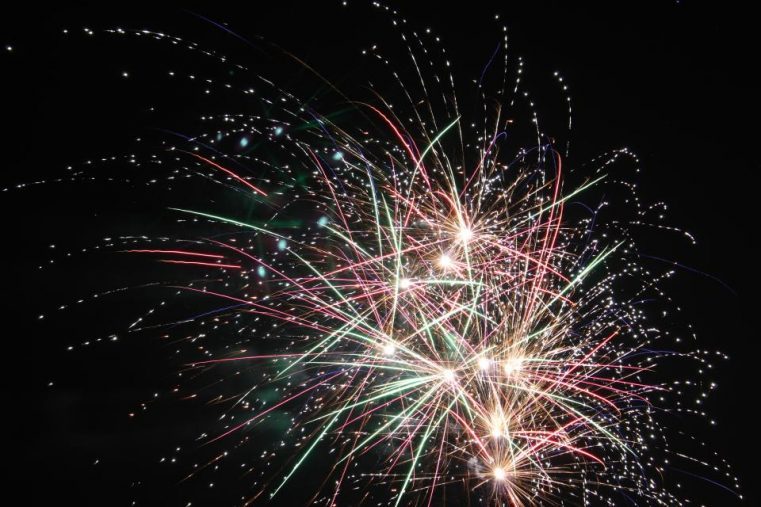 The past year has been jam-packed with successes for Havant & South Downs College, and as 2018 draws to a close, we want to reflect back on some of those momentous occasions. Thank you to everyone who has been a part of making this year a special one for HSDC – and here’s to an even more spectacular 2019! 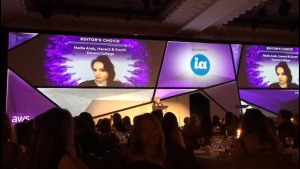 The year began with some incredible news that our very own Computer Hardware lecturer, Nadia Arab, came second in her category at the Women in IT Awards! Up against some of the most successful women in IT, Nadia came runner up in the category ‘editor’s choice’.

Nadia said: “I was sitting next to Businesswoman of the Year and CEO Security of the Year – all these amazing women – and I was saying I don’t actually know what category I’m in or how I had been identified. They told me that the people who had arranged the event headhunted me and selected me out of 700 women, so I was very taken aback by it all!” 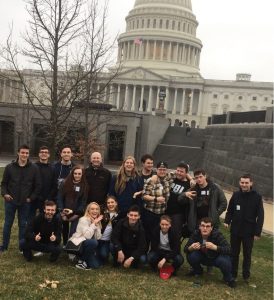 Sixteen A Level Politics students visited Washington, DC, where they took their knowledge out of the classroom and into the iconic White House.
Lecturer Andros Xiourouppa led his 13th visit to the capital city as well as to the state of Virginia from 21 to 25 February, touring a number of US institutions that the students are currently studying at HSDC. 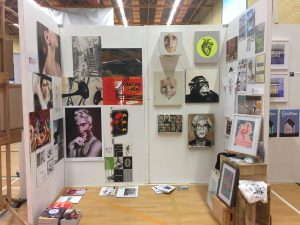 In March, we hosted the Creative Expo, run by TSE Productions, which brings together a wide range of organisations to showcase the diversity of the creative industries. The one-day events also gave students the chance to learn more about the options and progression in the industry.

Student Savanah Gilaj said: “I think this is a really fun idea. It means we can find out more about the different parts of the creative industry we don’t know about. 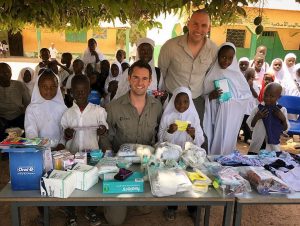 In April, Sport and Public Services lecturer Martyn Bell spoke to us about his travels across The Gambia in his Easter break. Martyn and his friend Dave Love journeyed across the smallest country in West Africa for ten days, dropping off much-needed medical supplies and stationery donated by staff at Havant & South Downs College.

Martyn said: “A friend of mine, Dave, is a Major in the Royal Military Police and he’s heavily into his travel and adventure. We came up with the idea of circumnavigating in The Gambia whilst visiting a number of projects along the way.

“We raised some funds and we managed to get loads of medical supplies and stationery from my colleagues at HSDC.” 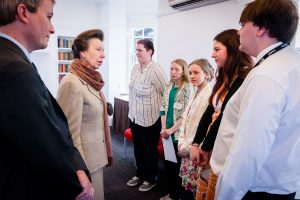 A Level student Sam Manners had the honour of meeting Princess Anne in recognition of his work as a young carer in May. Sam, who studied Maths, Physics and Computer Science at Havant & South Downs College, has cared for his mum and brother since primary school.

Sam’s tutor, Jo Lodder, said: “I have been really impressed with Sam and how he has coped with everything outside of college, including his work with the student union. I think that visit with Princess Anne was very well deserved.” 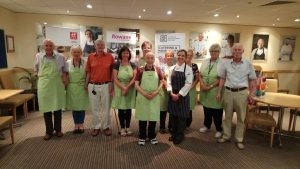 A cookery course for the bereaved was piloted in June, bringing together members of the public who have lost a loved one. Eight members of a Rowans Friendship Group were given the opportunity to learn new skills and recipes in a class taught at Havant & South Downs College.

Sheila Bayliss was one of the eight who took part in the new class. She said: “This course has helped us in so many ways, we have made so many friendships from it, it has been lovely.” 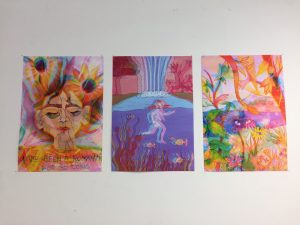 To mark the end of the academic year, A Level and Vocational Art, Photography and Fashion students showcased the pieces they have been working on at the end of year arts shows. The end of year shows gives students the chance to show off their hard work over the year and gives them the opportunity to see their work displayed in a professional setting.

A Level Graphics student, Kiya Burrell, said: “The best thing about today is looking at my end result, it has turned out much better than I thought, I like seeing how I got there too, I am actually pretty proud!” 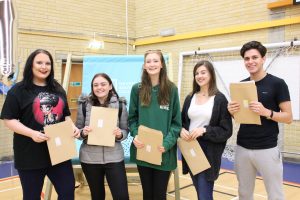 Mike Gaston, Principal of Havant & South Downs College, said: “I am absolutely delighted with these outstanding results at the end of our first year as HSDC.

“It has been quite a year of change and our staff and students have responded tremendously. Congratulations to all our students for their resilience, determination and success and to our teaching and business support teams for their dedication and commitment to excellence.” 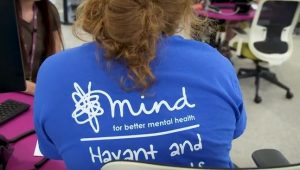 To start the beginning of a new academic year, we were featured in a video produced by mental health charity, Mind. Principal Mike Gaston spoke about the importance of mental health in the workplace.

He said: “Taking action to promote better mental wellbeing at work is incredibly important. We need to make sure our staff have the confidence to understand and talk about these issues – as well as how to support each other.” 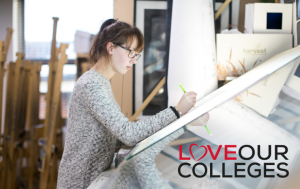 In October we celebrated our amazing achievements and contribution to the community as part of Colleges Week. Colleges Week took place from Monday 15 October to Friday 19 October 2018 and is part of the ‘Love Our Colleges’ campaign.

“Colleges Week is an opportunity to celebrate the brilliant things that go on and a chance to showcase the brilliant staff that make it possible. It is simple, if we want a world-class education system then we need to properly invest in it.” 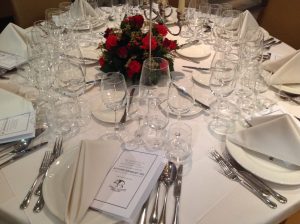 Catering and Hospitality students impressed once again at the 102nd banquet for the Promotion of International Gastronomy Society (PIGS) on Friday 9 November. Members of the society were treated to a night of seven courses created by Havant & South Downs College (HSDC) students, which were served with a separate wine for each dish.

The evening was well received by all, especially the Chairman of the society, Neil Hudders, who said it was ‘one of the very best’ PIGS banquets he had attended. He said: “The 102nd PIGS banquet was superb – for me the crowning glory was the fish course, the sea salt in the mousse.” 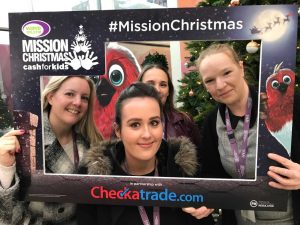 This month staff and students pulled together to provide 220 gifts to children in poverty as part of Wave 105’s Mission Christmas appeal. More than 90,000 children live in poverty across our area – for these families Christmas is a luxury they can’t afford.  HSDC got involved once again, asking staff to buy just one extra present this year to ensure that every child has a happy Christmas.

Curriculum Support Officer, Amber Harrod, said: “This year we surpassed all expectation and collect a total of 220 gifts which will be distributed within the local area to children who without these donations would be without anything on Christmas morning. We wish to thank all staff and student who have donated to this amazing cause, wishing you all a Merry Christmas.”